Lindsay Lohan is back to her acting roots!

The actress made her big return to the small screen on Monday night, guest starring in an episode of "2 Broke Girls."

In her funny cameo, the "Mean Girls" star played the role of Claire Guinness, a bridezilla who asks Max (Kat Dennings) and Caroline (Beth Behrs) to make her wedding cake.

Her character can't seem to stick to any decisions! She flip-flops on her desire to be married, reconsiders her dress, and can't even decide on the flavor of cupcake she wants to eat. In the moments before her wedding ceremony, Claire is still going back-and-forth on, well, everything.

Check out the clip above to see what happens when Max and Caroline try to intervene!

Rumors swirled that Lohan was a handful on the set of "2 Broke Girls" -- a claim both Dennings and Behrs quickly denied.

"Lindsay was prepared, sweet to everyone, and professional," Dennings said. "[It's] not nice to spread lies."

While this is Lilo's first television acting role since she made cameos on "Eastbound & Down" and "Anger Management" last year, fans of the troubled star have gotten a glimpse into her post-rehab life on her OWN reality show, "Lindsay."

From feuding with show staff to struggling to stay sober, Lohan has had a tough time trying to get back on her feet.

Are you happy to see Lindsay working again? Tell toofab in the comment section, and click "Launch Gallery" below to see more child stars, then and now! 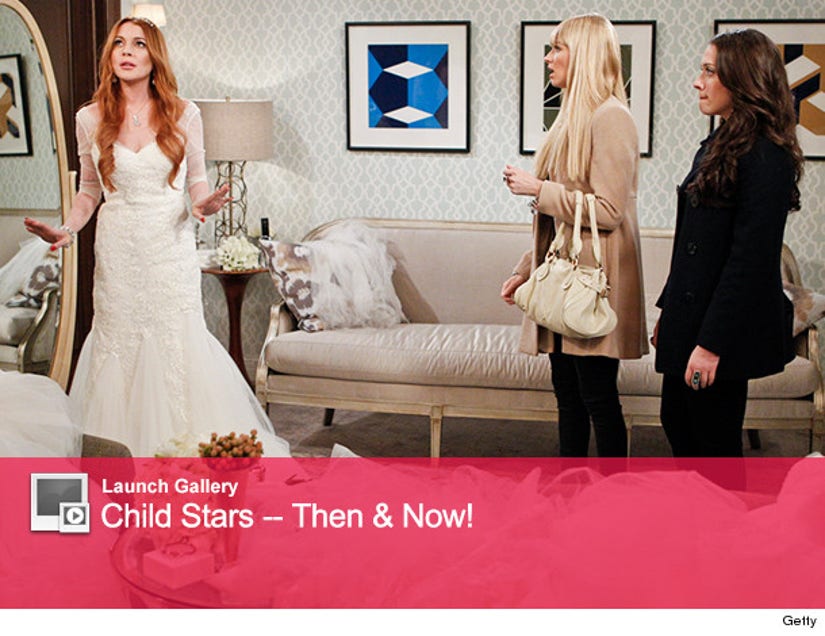