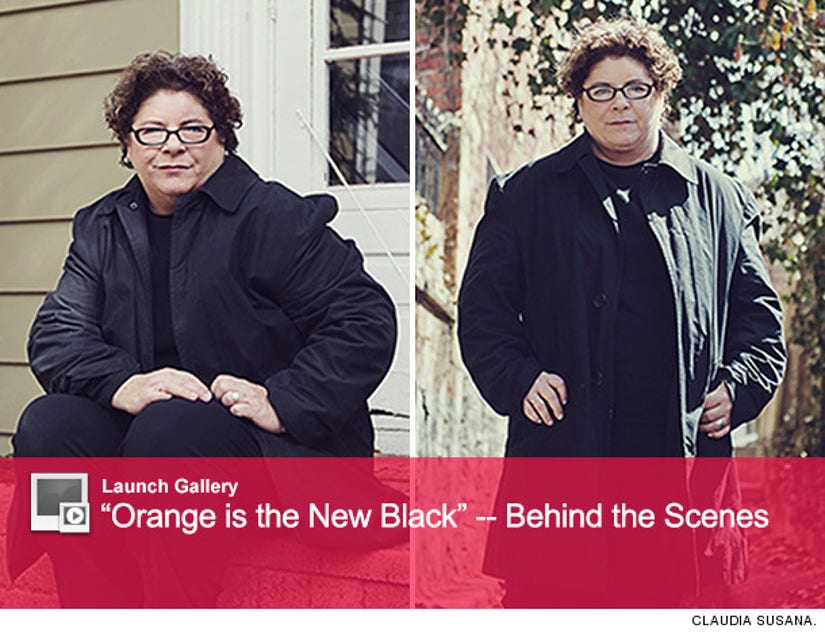 The real Alex Vause wants to clear a few things up about "Orange is the New Black"!

Catherine Cleary Wolters -- who is one of the real-life inspirations behind the hit Netflix show -- chatted with Vanity Fair where she opens up about her ex-lover Piper Kerman's book and the show.

Wolters' character is played by Laura Prepon in the show, and she reveals that there are some big differences between what the series portrays and what really happened.

"We did not have sex in prison," the 51-year-old ex-felon says of her relationship with Piper. "Not even a little bit."

On the show, ex-partners Alex and Piper are reunited in prison after their world traveling, drug smuggling relationship lands them both in the same women's ward. Once the ladies are reunited behind bars, they strike up romantic relations yet again.

Wolters says that she and Piper were actually in the same facility for only five weeks. They both served a brief stint in a women's ward in Chicago to testify against one of the smugglers tied to their case.

"Praying is about the most intimate thing two people can do in some places, not sex," Wolters says.

"We made some mean dinners together, though, out of cans of cheese, corn chips, and chili, and Piper learned how to communicate effectively through a toilet—a little something you'll never pick up at Smith [college]," she remembers.

For obvious reasons, Piper plays up the twosome's prison love affair in her book, but Catherine also clarifies that the two were, in fact, never girlfriends.

"We weren't girlfriends," Wolters explains. "We were friends with benefits . . . I was not the older sexy, glamorous lesbian who snatched her from her pristine Smith College cradle."

After the former flames parted ways Piper met her soon-to-be fiance Larry (who's played by Jason Biggs in the show), and when the cops tracked her down in regards to her smuggling past, Kerman was able to get a plea deal of 13 months in prison in Danbury, Connecticut at a minimum-security facility.

Those 13 months formed the story of her book and the Netflix series.

It's definitely interesting to hear what the real Alex thinks of the popular show -- what do you think about Wolters' candid comments?

Tell toofab below, and click "Launch Gallery" above to see behind-the-scenes photos of "Orange is the New Black" Season 2.