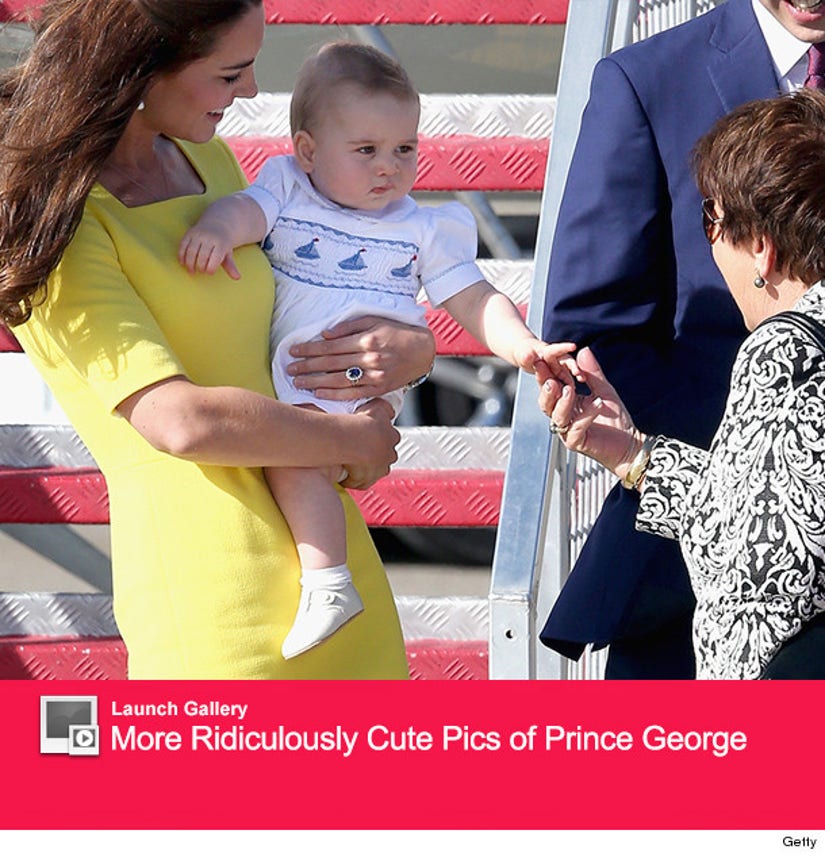 Even Prince George has to shake hands on this royal publicity tour.

The Duke and Duchess of Cambridge arrived in Sydney earlier today as part of their three-week tour of Australia and New Zealand, where their adorable son made his debut Down Under.

Wearing a sailboat-covered onesie, the royal baby looked cuter than ever as the family stepped off their plane and greeted the crowd. Mom Kate Middleton was a vision in yellow Roksanda Ilincic dress that will most definitely sell out any moment now.

The royal family made their way from the airport to the Sydney Opera House, where they met with Governor-General Sir Peter Cosgrove.

At the meet-and-greet, Prince George was given a giant stuffed wombat as a welcoming gift ... he seemed pretty happy with the toy.

Check out the gallery above to see more photos of Prince George and his famous parents leaving New Zealand and arriving in Australia.