John Mayer is a fan of Queen Bey!

The "Paper Doll" singer performed an acoustic version of Beyonce's hit "XO" during a concert in Australia this week -- and it was amazing!

Armed with only his guitar, the crooner put his signature spin on the emotional track. At one point, he even played the harmonica while still managing to strum away. Check out his rendition of the ballad above.

In addition to his musical homage, he took to Twitter to gush over Bey's singing skills, writing, "The best thing about Beyonce? The break in her voice on the first 'baby, love me lights out' in XO. Real and raw." 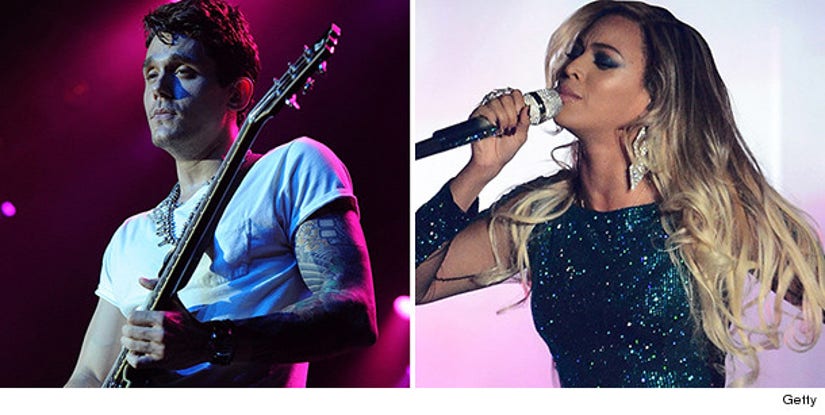 Ed Sheeran sang an acoustic version of "Drunk in Love" last week during an appearance on the "Elvis Duran and the Morning Show" -- and as far as we're concerned, that was the best rendition yet!

What do you think of John and Ed's covers? Tell toofab in the comment section, and click "Launch Gallery" below to see her most flawless "Beyonce" looks.