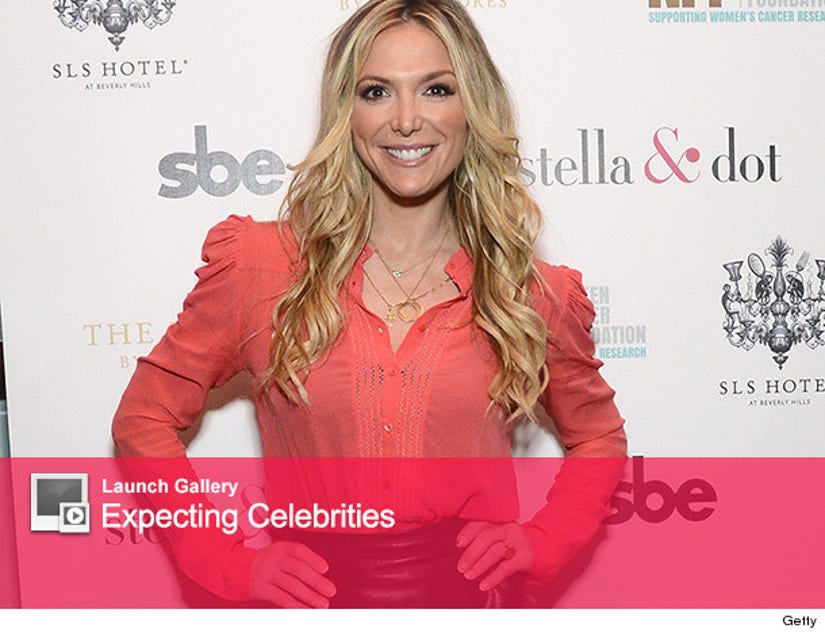 Debbie Matenopoulos has a lot to celebrate!

The former "View" cohost got married last summer and is expecting her first child with husband Jon Falcone, she just confirmed to People.

"I eloped in Greece and I'm four months pregnant!" she announced on Thursday. "We had a secret eloping ceremony at a title monastery. I'll do a proper wedding after I have the baby."

The couple got engaged while shooting for her upcoming recipe book, "It's All Greek to Me." This is her second marriage.

As for finding out the gender of new baby, the 39-year-old beauty is still on the fence.

"I don't know if I want to know or not," she said. "I've already had three ultrasounds and I'm due in October. I'm not craving anything per se, but I have become ravenously hungry. I'd wake up in the middle of the night and chug orange juice and I've never liked orange juice! I'm a monster."

Matenopoulos will be a guest on "The View" on Monday, and she'll be joining the other former hosts for Barbara Walters' farewell show on May 16.

"I owe [Barbara] everything. It's truly the end of an era and I'm really excited to share this with her," she added.