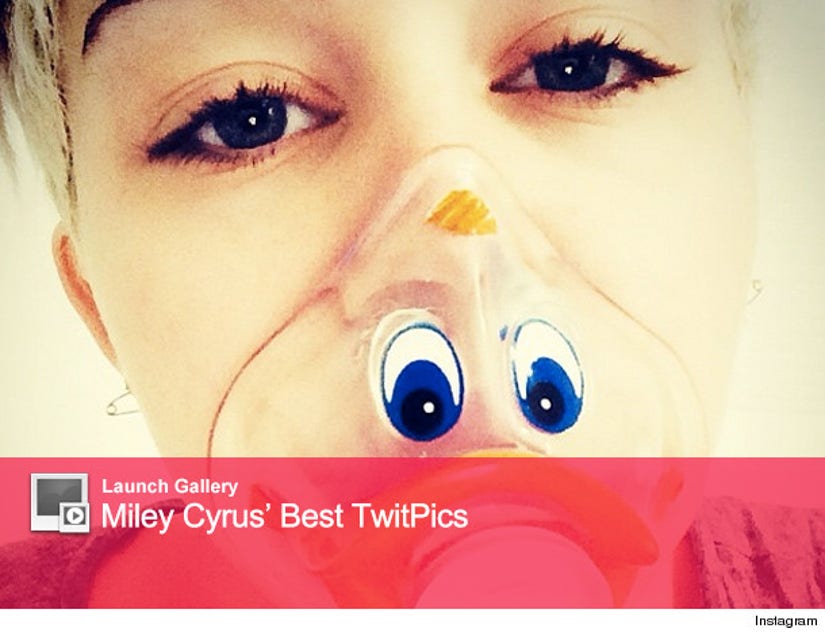 Miley Cyrus is focusing on her health.

The "Bangerz" singer is postponing her U.S. tour while she recovers from an allergic reaction to the antibiotic Cephalexin.

"All remaining U.S. dates on the Miley Cyrus Bangerz tour have been postponed," her rep said in a statement. "Miley is continuing to recover from the severe allergic reaction she suffered on April 15."

"Existing tickets will be honored on the new dates, which include previously cancelled and postponed dates," the statement continued. "Additionally, two tour dates have been added in Pittsburgh and Chicago. The European leg of the tour will proceed as planned."

The announcement isn't entirely unexpected: Her rep said Thursday that the 21-year-old could need a lot more time to recover from the ailment that landed her in a Kansas City hospital last week.

Miley took to Instagram to show her frustration, posting a pic of herself with a duck-decorated breathing tube.

"This hospitals full of a bunch of QUACKS 🐤 (get it??? Quacks)," she wrote along with the sick snapshot.

We hope she's finally on the mend!