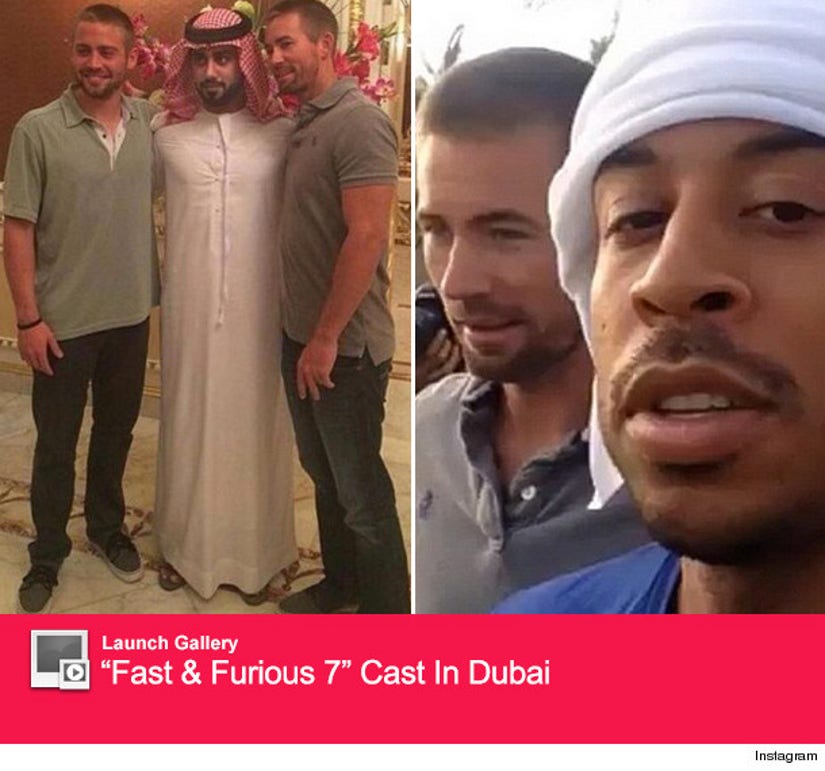 The resemblance is uncanny.

Paul Walker's brothers, Cody and Caleb, have both been spotted in Dubai -- where they're currently helping the crew finish "Fast & Furious 7."

Ludacris shared a video with the brothers in it (screen grab above), but then quickly pulled it down. The two were also photographed together with the Crown Prince of Dubai, Hamdan bin Mohammed Al Maktoum, in another photo that is currently spreading on Twitter.

Their appearance on set comes after Universal announced they'd be using the late actor's family members to help complete the film.

"We have resumed shooting and now welcome Paul's brothers, Caleb and Cody, into our FAST family. Caleb and Cody are helping us complete some remaining action for their brother and fill in small gaps left in production," the studio said in a statement. "Having them on set has made us all feel that Paul is with us too. It will allow the character of Brian O'Conner to live on and let us celebrate Paul in his most defining role."

It remains unclear how much of the brothers we'll actually be seeing in the film, as Universal adds that Paul had already shot "his dramatic scenes and most of his action" for the flick.

Vin Diesel, Michelle Rodriguez, Tyrese Gibson and Ludacris have all been sharing photos from Abu Dhabi, giving fans some insight into what goes on behind-the-scenes during filming.

Check out more of their fun "Fast Family" photos above.