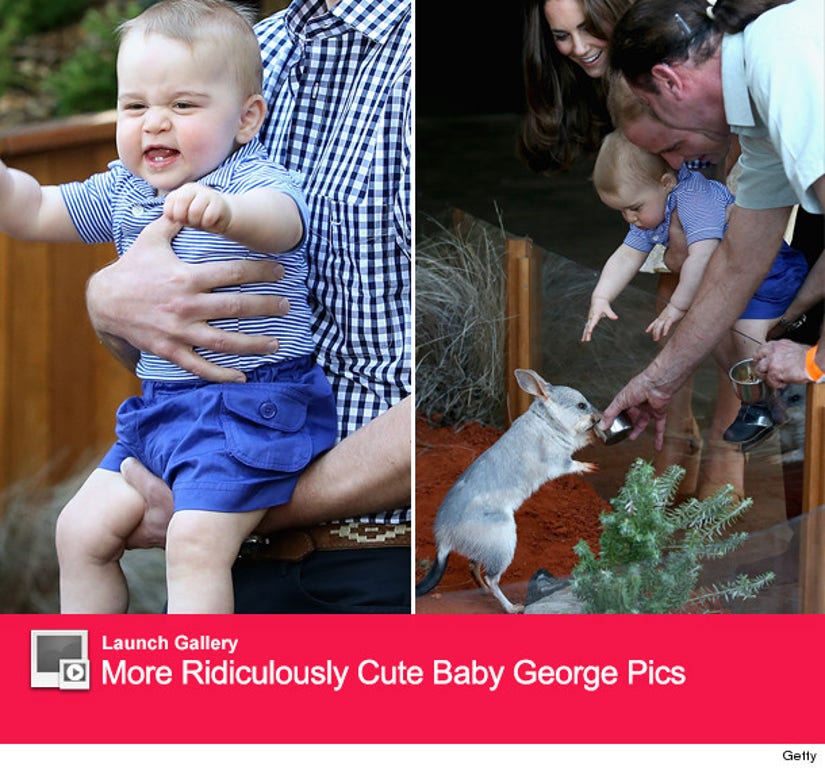 How do you make the already adorable Prince George even cuter? Add animals!

The Duke and Duchess of Cambridge brought their little one to the Taronga Zoo in Sydney earlier today as part of their three-week tour of Australia and New Zealand.

Dressed in blue shorts and a striped polo, the royal baby looked happier than ever as he took in the sights at the Prince George Bilby Exhibit -- named after the baby himself.

So ... what's a bilby? It's the strange (but cute) looking creature above, an endangered marsupial.

This is the little prince's second official public appearance, following a photo-op at a playdate in New Zealand.

The family is scheduled to return home to the UK on Friday.

See more photos from Prince George's royal engagements in the gallery above!