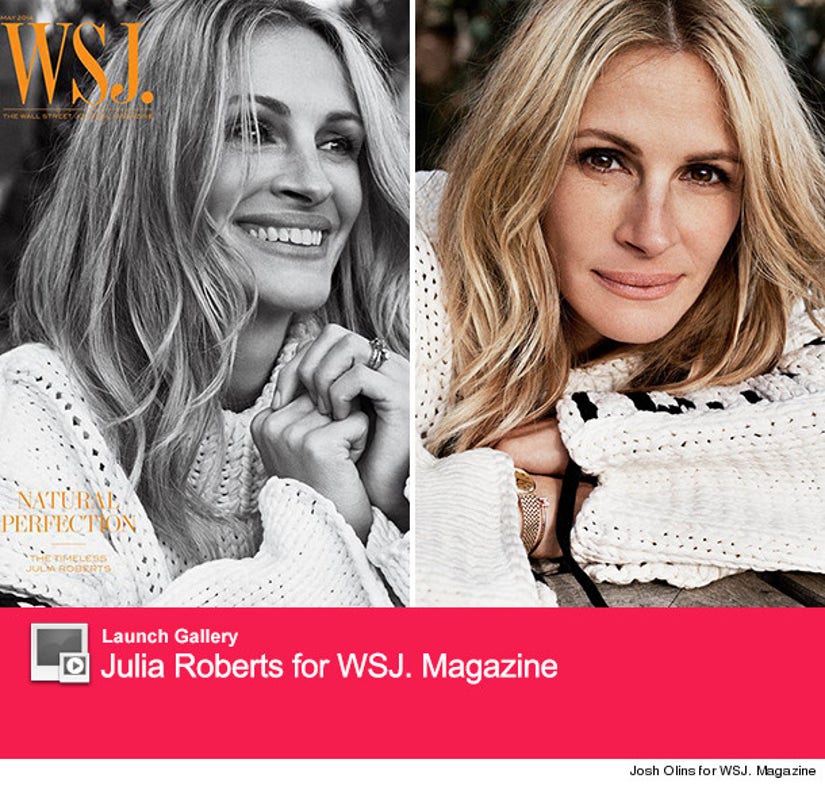 Julia Roberts graces the cover of the May issue of WSJ Magazine, where she speaks out for the first time about the death of her half-sister, Nancy Motes.

Motes died of a drug overdose in February, and she reportedly left a suicide note that made reference to a rift within her family.

"It's just heartbreak," the actress tells the mag. "It's only been 20 days. There aren't words to explain what any of us have been through in these last 20 days. It's hour by hour some days, but you just keep looking ahead."

"You don't want anything bad to happen to anyone, but there are so many tragic, painful, inexplicable things in the world," she adds. "But [as with] any situation of challenge and despair, we must find a way, as a family. It's so hard to formulate a sentence about it outside the weepy huddle of my family."

The 46-year-old, who stars in the upcoming HBO movie "The Normal Heart," also talks about the downside of fame.

"I think there is a dehumanization that goes with fame, especially in the present culture of it, which isn't the culture I started off in. There wasn't this analysis of every iota of every moment of every day," the actress explains. "I don't consider myself a celebrity, [at least not] how it is fostered in our culture today."

One thing that she likes to keep private? Her family.

"By the time we had kids," she says, talking about Henry, 6, and twins Hazel and Phinnaeus, 9, "I had accomplished things and felt secure about that part of my life. I was so joyful moving into the family phase of my life in a sincere way." The quintet lives a quiet life in Malibu, according to Roberts.

"We're just grateful for the sense we have of being like any other family down the street," she says. "I don't question it."

Since becoming a mother, Roberts has shifted her focus to her children. "For a long time, they weren't even aware I had a job because I was home so much," she says of her kids. "Now they get it."

We love Julia's honesty in this interview!

What do you think of her candid comments? Tell toofab in the comment section below, and click "Launch Gallery" above to see more photos from her cover shoot.