Courteney Cox stopped by "The Late Show" Monday where David Letterman asked the question that we're all still wondering about -- will there be a "Friends" reunion?

"You're sick of the question, aren't you?" the late night host asked. Cox, who played Monica Geller for 10 years, replied, "Only because once you say, 'Well, I'd like it,' then they have to contact every other cast member and be like, 'Courteney's into it!' And then I get in trouble. It's not gonna happen."

Last year, Matthew Perry shot down the idea of a reunion as well, and the show's creators Marta Kauffman and David Crane echoed his sentiments a few weeks later.

"The show is over. What was at the heart of the show is done," Kauffman told EW. "People say they want it, and the more that we say it's a bad idea, people [disagree]. But I think if we actually gave it to people, there would be such backlash," Crane added.

When Letterman floated the idea of a movie, the "Cougar Town" star pointed out another problem: "We did the whole show on a sound stage in Monica's apartment. So, what would we even do?"

In other words, there's a better chance Chandler will leave Monica for Janice than there is of seeing all six "Friends" on the big screen together. Sorry, world!

Check out what Courteney said about trying to get the cast together for dinner, and click "Launch Gallery" below to see your favorite "Friends," then and now. 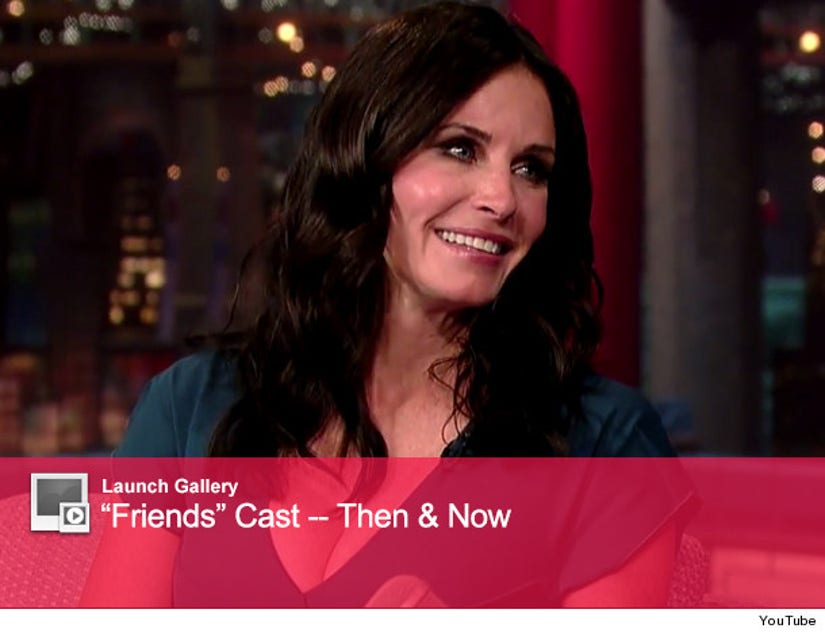