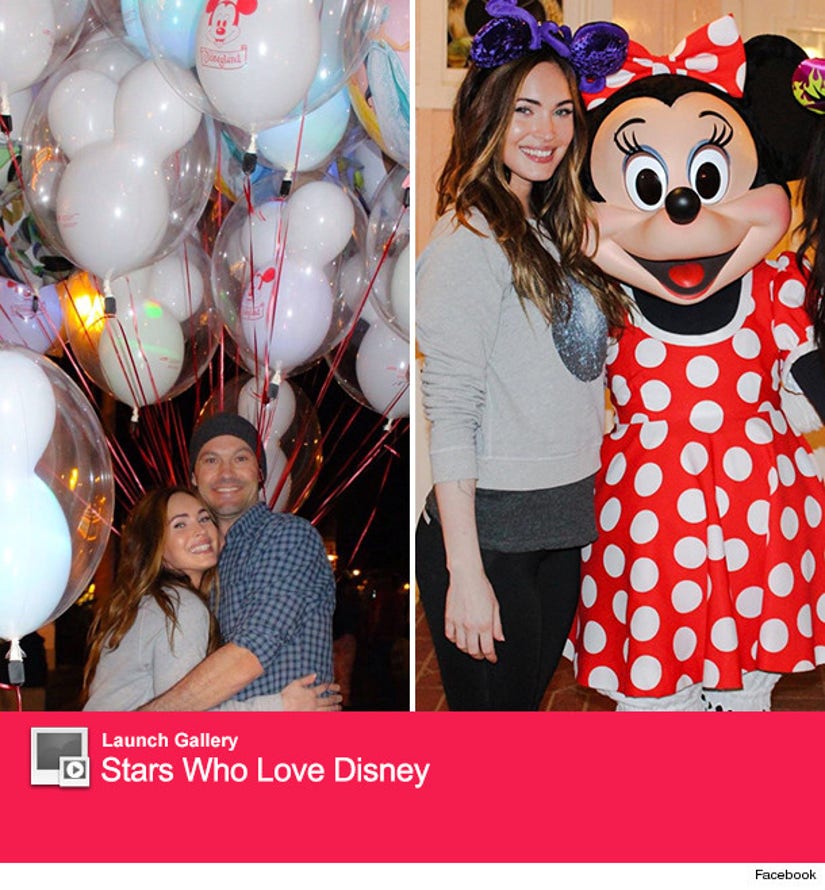 Who doesn't love the Happiest Place on Earth!?

Megan Fox and Brian Austin Green had some family fun at Disneyland, and she shared a few sweet snapshots from their day at the theme park. There were fireworks, balloons and she even got to meet Minnie Mouse!

"I'm still allowed in," the "Teenage Mutant Ninja Turtles" star wrote on Facebook, along with the adorable pics.

In one photo, the cute couple hugged under more than a dozen helium-filled balloons. No word yet if their sons Noah, 17 months, and Bodhi, 2 months, joined them -- but it appears Brian's son Kassius was there for all the fun.

The mother-of-two is certainly a fan of the theme park!

In 2012, she and Green celebrated the Fourth of July at Disneyland while she was pregnant with their first child. They also took a selfie in front of the Magic Kingdom at Disney World back in 2010.