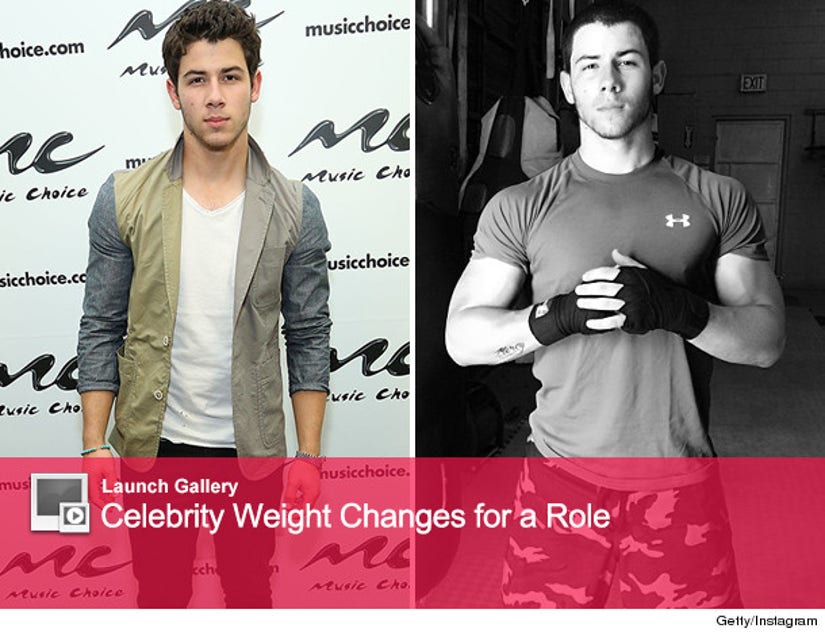 The Jonas Brother showed off his impressive physique via Instagram over the weekend, posing in front of a punching bag in a fitted shirt.

"End of week one of Navy St. Training camp," the singer captioned the sexy snap.

The 21-year-old has been bulking up for his new role in the TV series "Navy St." The gritty DirecTV drama will follow the life of an MMA fighter, played by Nick.

The series takes place at a Venice, California mixed martial arts gym owned and operated by a former fighter who never made it in the sport due to a drug addiction. Frank Grillo will play the owner.

This is the first major series role for the former Disney star since "Jonas," and it's definitely a much different direction for the former teen idol.

What do you think of Nick's buff new look? Tell toofab in the comment section below and click "Launch Gallery" above to see even more stars who've changed their weight for a role!