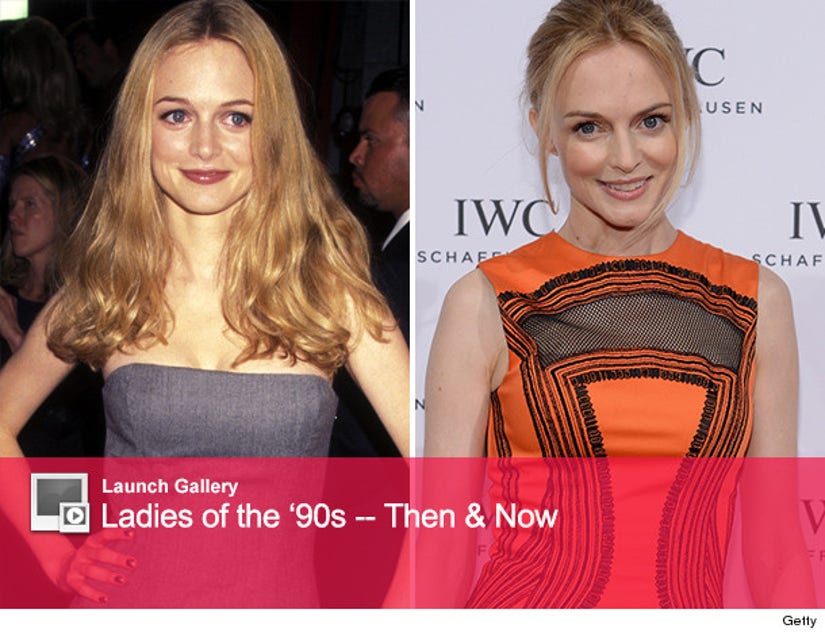 Heather Graham has some strong feelings about Hollywood!

The blonde beauty opens about about the movie industry in a new interview with Esquire.com, where she reveals why showbiz isn't always fair.

While Graham's getting used to playing the "token hot mom" these days, she says that she's just happy to be working.

"I'm just glad to be working. I'm not actually a mom in real life, so it's fun to pretend to be one," she tells the mag. "I like to approach things the same in art as in life. You can choose to look on the positive side and enjoy whatever roles you're given. You can find the silver lining in anything."

While the "Boogie Nights" actress tries to stay optimistic about aging as a woman in Hollywood, she still feels that the industry favors men.

"I'm not saying the movie business isn't sexist. It's totally sexist. If you look at all the movies being made these days, eighty percent of them are about men," she explains.

The 44-year-old plans to do something about that, too -- she wants to direct!

"There's not much I can do about it. It's a sexist world and a sexist industry. But I've been very lucky as an actress, to work as much as I have and as consistently as I have. And when you don't see the kind of stories out there that represent you, you have to make them yourself. I actually just wrote a script that I want to direct," she reveals.

So what's the story the "Hangover" star wants to tell?

"Sex from a female point of view," she says. "But specifically women who like having sex. I don't see anything in film about women who want to have sex. I don't see myself and my friends represented. When do you ever get to see a movie from the point of view of a woman who's more interested in having really great orgasms than finding a husband? I would say almost never."

Hopefully, we will see Heather's flick come to the big screen very soon. "We're actually in the process of casting it right now. So knock on wood, hopefully we're doing it this summer," she adds.

We can't wait to see what the actress does next! What do you think about Heather's candid comments? Tell toofab below and click "Launch Gallery" above to see even more women of the '90s then and now!