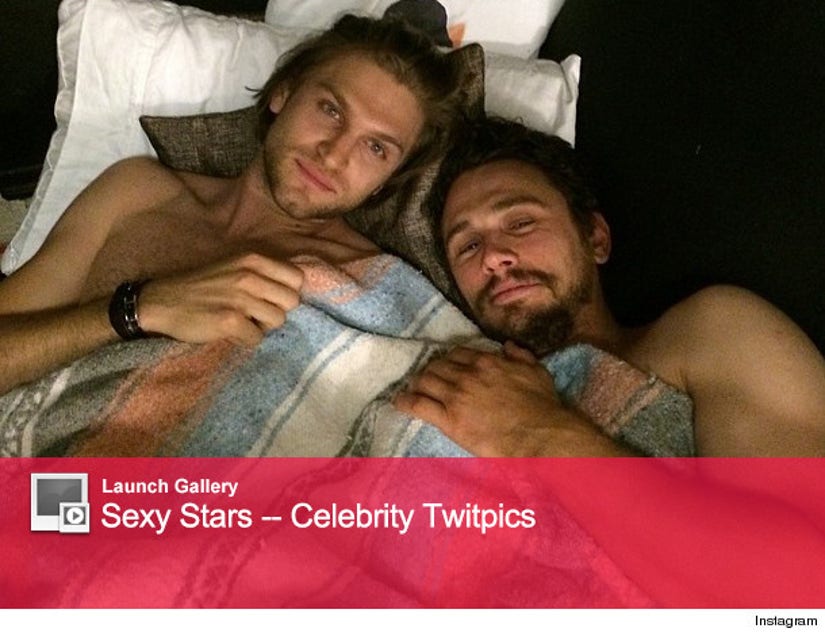 The two Hollywood hotties are shirtless in bed and all cuddled up. Franco posted, "BED SELFIE WITH KEEGAN ALLEN!!!!! TIME TO GO NUTS!!!!," along with the candid snap.

The photo was reportedly taken after Allen stopped by James' Broadway show, "Of Mice and Men" -- the two must have hit it off, that's for sure!

Franco's latest social media activity comes on the heels of his attempt to pick up a 17-year-old girl on his Instagram account. The "This Is The End" star likewise met the teen outside his show in New York show ... and she ended up posting their entire conversation online.

The 36-year-old later apologized for his actions on "Live with Kelly and Michael."

Well, it definitely seems like the actor's putting his social media sites to better use these days -- more shirtless selfies please!

What do you think of Franco's latest pic? Tell toofab in the comment section below and click "Launch Gallery" above to see even more shirtless stars!