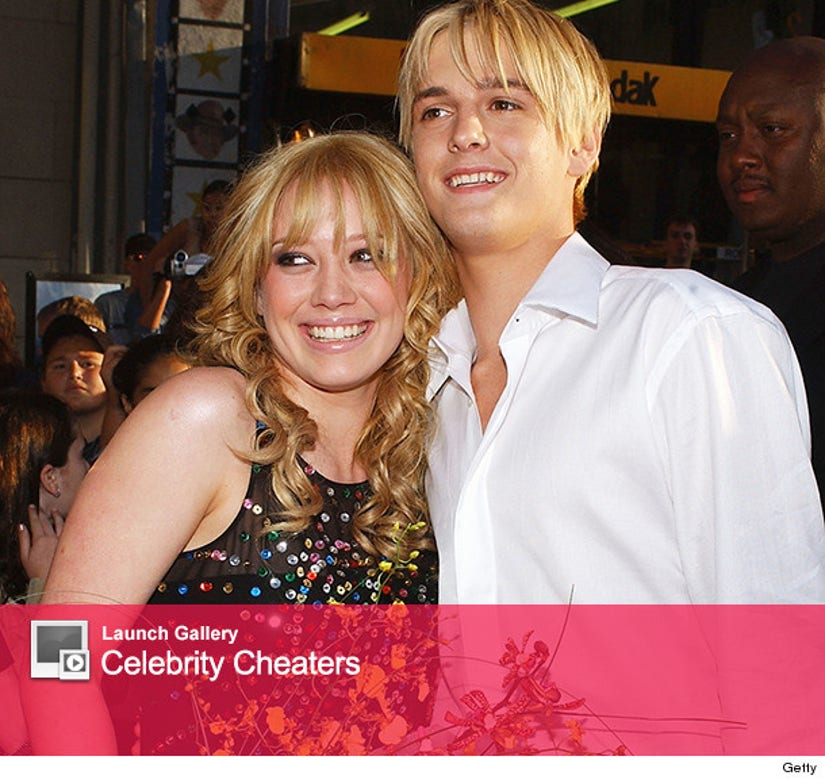 Aaron Carter is still pining for his ex!

The former pop star opened up to ET's Rob Marciano, revealing that he still has feelings for Hilary Duff, who recently split with husband Mike Comrie.

"I don't know who she is today, she doesn't know who I am today, but I would sweep her off her feet if I ever got a chance to again and fix what I did wrong," he admitted.

The 26-year-old dated Duff in the early 2000s, before the couple broke up over cheating rumors involving Lindsay Lohan. Last month, he professed his love for the former "Lizzie McGuire" in a bizarre Twitter rant.

"Don't be that stupid douche that loses the love of your life forever.. Like me…" he tweeted, along with a recent photo of the blonde beauty. "I'll spend the rest of my life trying to better myself to get back to her. I don't care what ANY of you think."

Hilary hasn't commented on Aaron's love-sick behavior, but that doesn't seem to bother him.

"That wasn't meant for the media or anybody like that—I didn't think about it really. I wasn't really looking for [a response] either," he said. "I'm sure she got the message."

What do you think of Carter's quest to win Hilary back? Tell toofab in the comment section below, and check out even more celebrity cheaters in the gallery above!