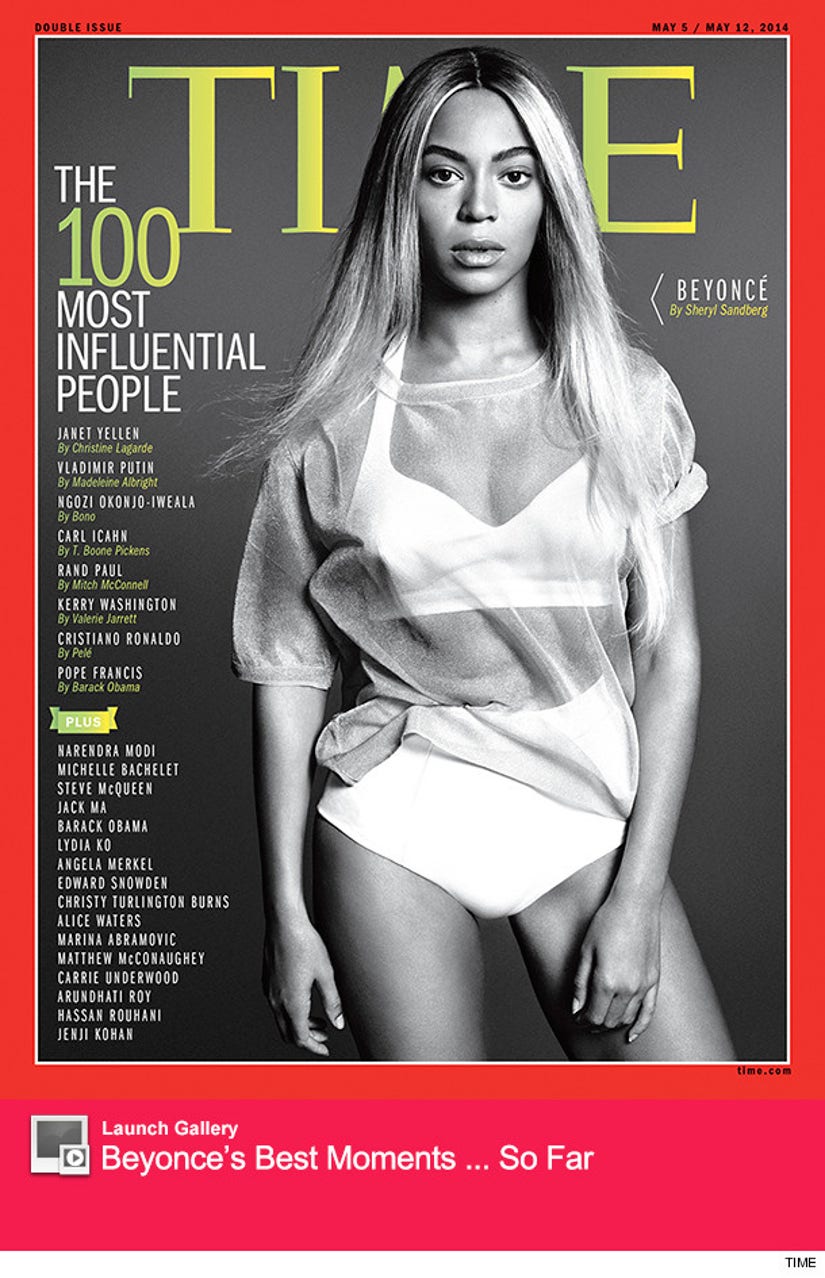 Queen Bey is taking over the world!

TIME magazine unveiled its 11th annual "100 Most Influential People in the World" issue on Thursday, and Beyonce nabbed one of the coveted covers.

Sheryl Sandberg, the COO of Facebook and founder of LeanIn.org, wrote a tribute to the "Drunk in Love" singer, praising her for "[raising] her voice both on-and-offstage to urge women to be independent and lead."

"In December, she took the world by surprise when she released a new album, complete with videos, and announced it on Facebook and Instagram. Beyonce shattered music-industry rules — and sales records," she added.

The complete "TIME 100" list can be seen in the magazine, on stands this Friday.

Do you think Beyonce deserved the cover? Tell toofab in the comment section below, and click "Launch Gallery" above to see more of her best moments!