Chris Martin has finally spoken out about his split from Gwyneth Paltrow.

In his first interview since the separation, the Coldplay frontman sat down with BBC's Zane Lowe to talk about his new music and his troubled personal life.

"Everyone in their life goes through challenges, whether it's love or money or kids or illness," Martin tells Lowe, not necessarily about the split.

In another quick tease, he adds "There have been a lot of false headlines recently but this would be a real one."

Back in March, Paltrow and Martin announced on the actress' GOOP website that they decided to amicably separate.

"It is with hearts full of sadness that we have decided to separate. We have been working hard for well over a year, some of it together, some of it separated, to see what might have been possible between us, and we have come to the conclusion that while we love each other very much we will remain separate," the pair said in a statement titled "Conscious Uncoupling."

They added, "We are, however, and always will be a family, and in many ways we are closer than we have ever been. We are parents first and foremost, to two incredibly wonderful children and we ask for their and our space and privacy to be respected at this difficult time. We have always conducted our relationship privately, and we hope that as we consciously uncouple and coparent, we will be able to continue in the same manner."

Following the split, the famous duo took a family trip to the Bahamas with their two kids, Apple and Moses, to avoid more media scrutiny.

They seem to be making it work, but what do you think about their relationship status? Tell toofab in the comment section, and click "Launch Gallery" below to see more shocking celebrity splits! 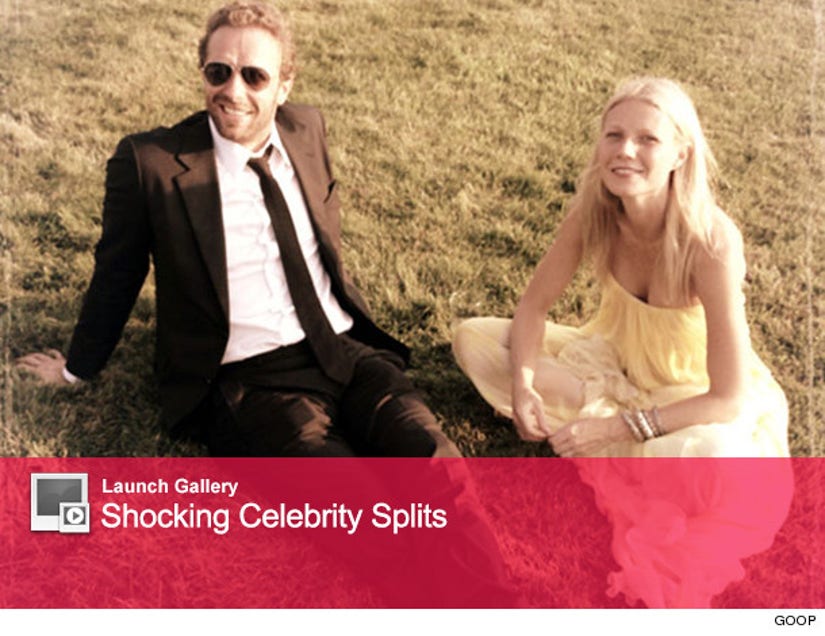