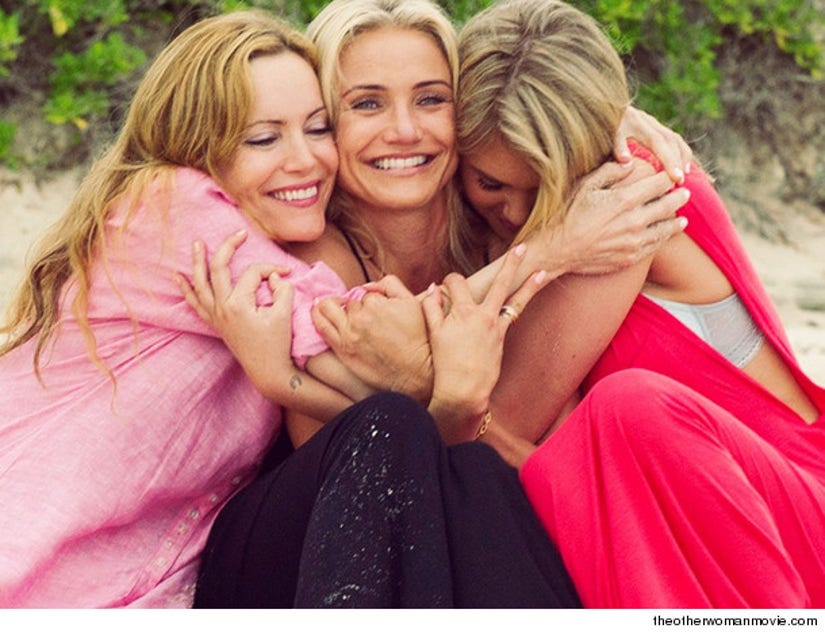 "The Other Woman" is a comedic look at what happens when three women, who are played by the same man, seek revenge in the best kind of way.

Leslie steals the screen as Kate King, the poor wife of Mark King, who discovered her husband is having numerous extramarital affairs. Leslie's character is both naive yet endearing as she tries to teach her cheating husband a lesson.

By far, Kate is the funniest character in the movie. From her 1950s housewife style to her drunken stupors and her relentless enthusiasm for payback, she's always bringing the laughs when on the screen.

Cameron's character (Carly Whitten) -- while more in-tune with reality -- is smart, calculated and basically just a bad bitch. Carly is a great contrast to Kate, and the ladies make one amazing duo in the flick.

As for Upton (Amber), who makes her big screen debut in the movie, she holds her own alongside the silver screen heavyweights. But it definitely feels like the Sports Illustrated model is playing herself, more than a character -- and it surprisingly works.

Nicki Minaj is an added treat, too. While her time in the flick is rather limited, the rapper is perfect at playing Carly's assistant Lydia. She's sexy, sassy and really owns the scene when she's on-screen.

And Nikolaj Coster-Waldau (Mark) is the perfect bad guy. The "Game of Thrones" hottie is charming, handsome and seemingly-perfect, but by the end, you can't wait to see his full-on demise.

While the comedy runs a little long, and has some cheesy/extremely cliche moments, it's still a feel good movie that really highlights the importance of female friendship.

"The Other Woman" is a perfect flick for a night out with the girls or even a date night with your beau. Yes, a bikini-clad Upton will hold your man's attention.

Are you excited to see "The Other Woman"? Sound off below and make sure to check out the the movie when it hits theaters April 25!