In a new clip from the Lifetime reality series "True Tori," the actor explains his reasoning for allowing himself to cheat on his wife, Tori Spelling.

When a friend asks him why he jeopardized his relationship to have a very public affair with Emily Goodhand, Dean says that his addiction to drugs and alcohol led him down the wrong path.

"I didn't think that I would get caught," Dean admits. "I was drinking and using drugs. I was not dealing with things that happened to me in the past. It's not like I was looking for sex -- our relationship and sex life is solid."

The couple is working to salvage their turbulent marriage, but the stress may have landed Spelling in the hospital.

VIDEO: Tori Reveals How She Found Out About the Affair

According to E! News, the "Mystery Girls" actress recently was released after spending six days in the hospital ... and cameras filmed the whole thing.

Check out what else Dean admitted about his affair above, and click "Launch Gallery" below to see more celebrity cheaters. 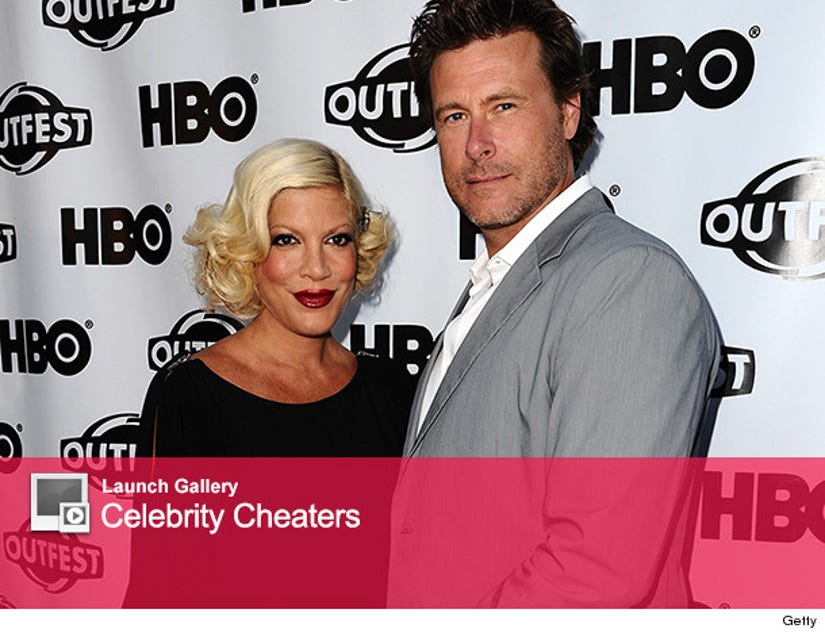