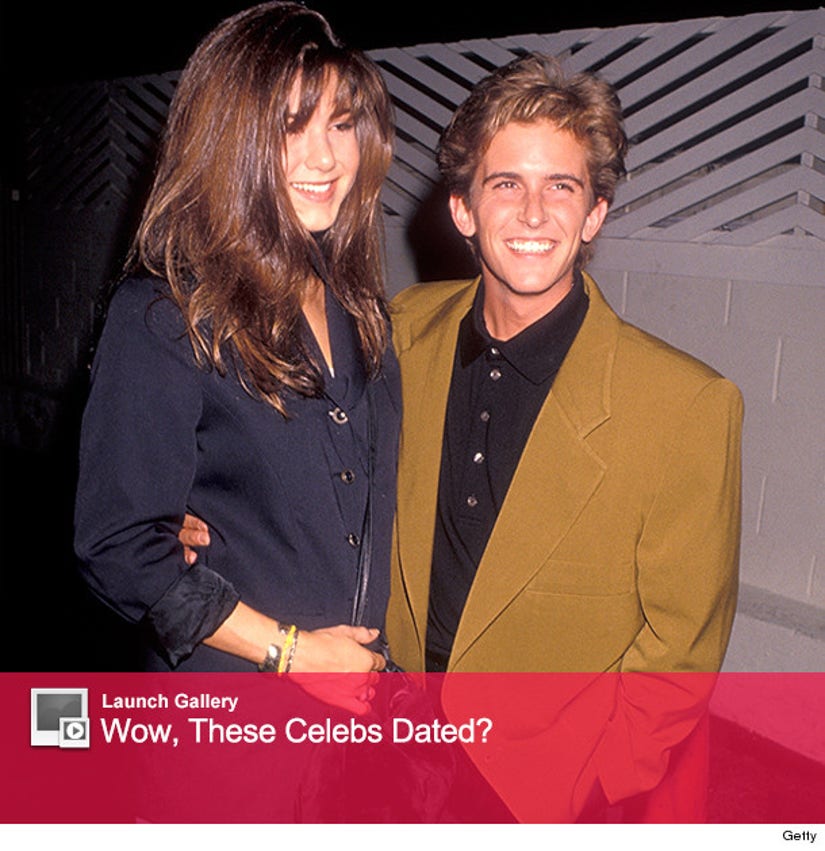 Long before Jennifer Aniston found love with Brad Pitt or Justin Theroux, she had a wild romance with another TV star!

According to GQ Editor-in-Chief Jim Nelson, the "Friends" alum had a relationship with Charlie Schlatter, her costar on the 1990 TV adaptation of "Ferris Bueller's Day Off."

In an article in the May issue of his magazine, Nelson -- who was a writer's assistant on the show -- reveals that the two stars had a "brief, torrid" romance during the show's 13-episode run.

"To Aniston worshippers, I can offer little dirt," Nelson writes. "She was lovely, kept to herself on the set, smoldering a bit like her outraged character, 17-year-old Jeannie Bueller. She was a brunette then, with none of Rachel Green's bob or self-possession," he adds, referring to her character on "Friends."

The one bit of gossip he can offer is about her love life. "GQ can exclusively report that everyone on set thought she was hot, including Schlatter, with whom she had a brief, torrid romance—while playing, it must be said, his older sister," Nelson explains. "To we immaturions on the show, this seemed extra-hot. Like performative incest."

While it seemed hot and heavy back then, their romance didn't last.

Since their "Ferris Bueller" days, Shlatter went on to marry Colleen Gunderson, with whom he has three children. Aniston was married to ex-husband Pitt from 2000 to 2005. She's currently engaged to Theroux, with whom she appeared in "Wanderlust."

To read Nelson's full article, pick up the latest issue of GQ on newsstands April 29.