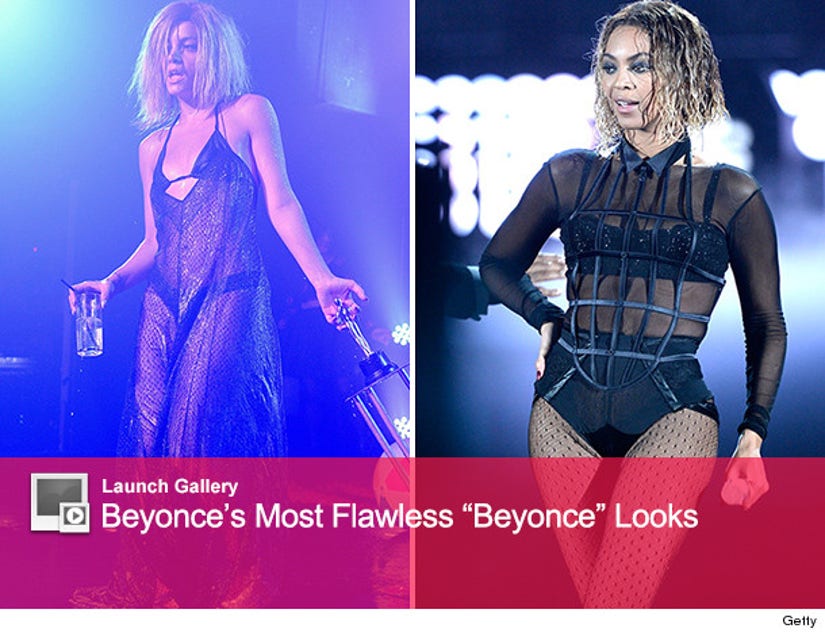 Just days after the British singer took at a jab at Queen Bey in her new song "Sheezus," she performed her own version of Beyonce's hit song "Drunk in Love."

When she hit the stage at London's G-A-Y club over the weekend, Allen channeled Beyonce in a messy blonde wig and a sheer lace dress over a black string bikini. A male dancer then poured a bucket of water over her body as she lip-synched to the song.

Anyone who saw Beyonce and Jay Z's steamy Grammys performance will recognize the reference. Um, awkward!

While she clearly is mocking Bey, Allen claims that she had different intentions.

"Only one person can tell you what my intentions are, and that would be me," Allen tweeted in response to her "Drunk in Love" performance. "I wasn't mocking Beyonce, like I wasn't dissing anyone on Sheezus, this is so f**king boring."

She's always been outspoken about how pop stars play up their sexy image, but isn't her mockery getting old? We think so!

Watch Lily's performance below, and click "Launch Gallery" above to see Beyonce's most flawless "Beyonce" looks.