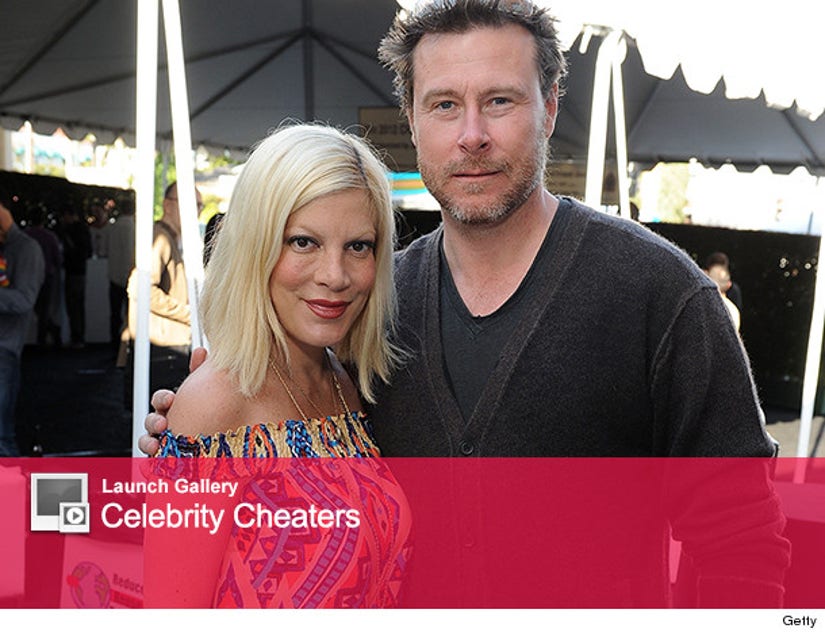 The stress of Tori Spelling's rocky relationship may be affecting her health.

The "Mystery Girls" star was recently hospitalized for at least six days, according to E! News.

While the reason behind her hospitalization hasn't been disclosed, the actress headed home shortly before 3 p.m. Saturday. Her husband Dean McDermott was seen helping her into the car.

The mother-of-four recently has opened up about her marital problems on the Lifetime reality series, "True Tori."

The couple is working to salvage their turbulent marriage after news broke that McDermott had an affair with 28-year-old Emily Goodhand.

"He cheated on me. One of my worst fears came true," she recently told Us Weekly. "On some level I never thought it would really happen."

"You don't stop loving someone because they do something really bad to you," she added. "He was my soul mate, but he completely broke my heart."

Spelling's rep has not yet returned requests for comment regarding her hospitalization.

Check out a clip from the premiere episode of "True Tori" below, and click "Launch Gallery" above to see more celebrity cheaters.