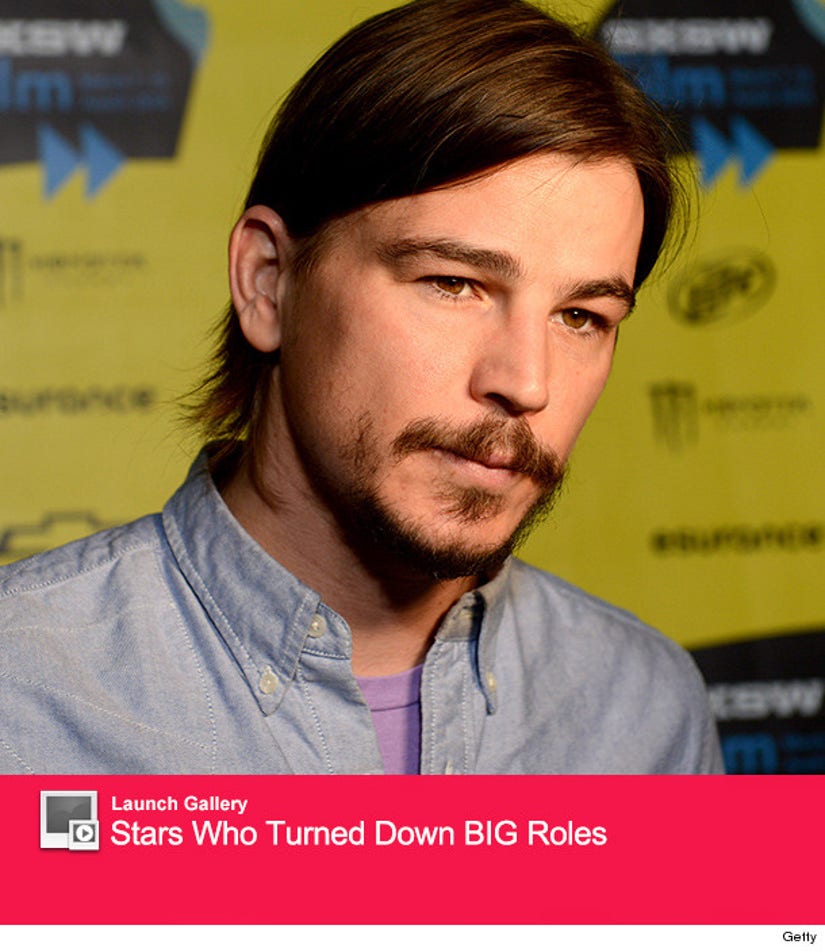 Josh Hartnett must not like money, because why else would he turn down three of the biggest roles in movie history?

In a new interview with Details, the actor reveals he was offered Batman, Superman and Spider-Man in his career -- and said "No" to all of them.

"Spider-Man was something we talked about. Batman was another one," he admits. "But I somehow knew those roles had potential to define me, and I didn't want that. I didn't want to be labeled as Superman for the rest of my career. I was maybe 22, but I saw the danger."

"I didn't have those agents for much longer after that," the 35-year-old continues. "There was a lot of infighting between my manager and agents, trying to figure out who to put the blame on. It got to the point where none of us were able to work together."

Hartnett, who currently stars in Showtime's new supernatural series "Penny Dreadful," says he'd at least consider putting on a cape these days, if it was ever offered.

"I'd say, "Let's talk about how it would be done, see if we can get on the same page." Compromise doesn't scare me anymore," he says.

While it may seem crazy that he walked away from three massive franchise opportunities, he also has a point. It's hard for any actor to be seen as anything else after putting on a super suit, for better or worse.

Check out the gallery above to see more stars who turned down BIG roles. Some of them may surprise you!