Diane Keaton stopped by "The Tonight Show" Tuesday, where she challenged Jimmy Fallon to a wild beer pong match.

"It's simple, the ball lands in your cup, you chug the wine," Fallon told the audience of how the drinking game works. "What happens in yours?" Keaton asked.

"If it lands in mine," the late night host explained, "I'm going to chug the wine, as well."
"So you're gonna drink, too?" Keaton asked. 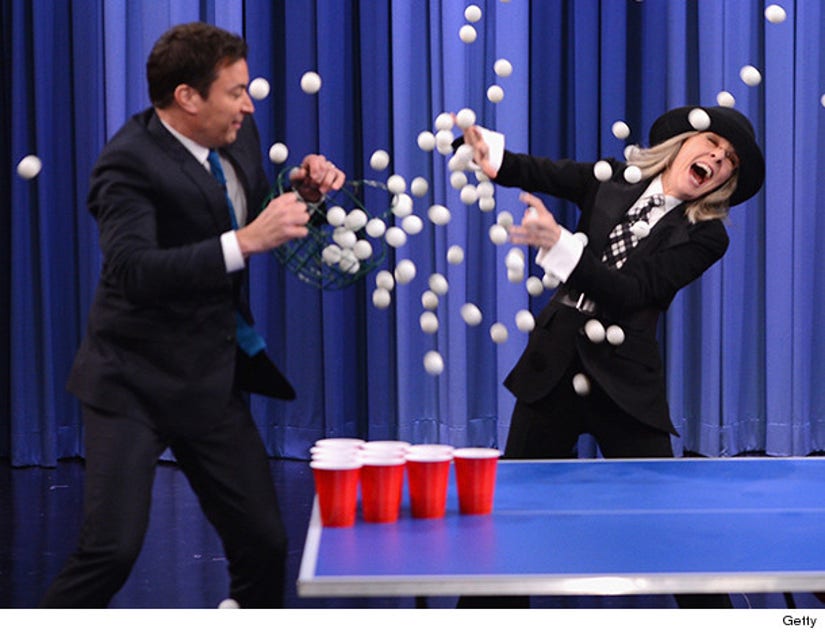 The best part? Instead of chugging cheap beer, Fallon and the "Annie Hall" actress knocked back red wine with ice! Rather than waiting until she lost, Keaton demanded that she could drink before they started playing, "just one little sip," she giggled, chugging vino from a red solo cup.

The Oscar winner went first and ended up chucking the ping pong balls at Fallon. Sadly, none landed into the cup. With his first attempt, Jimmy tossed his ball nearly into a cup, when Keaton intercepted it.

The rest of the match got real wild. Watch the clip above!

What's your favorite drinking game? Sound off below.