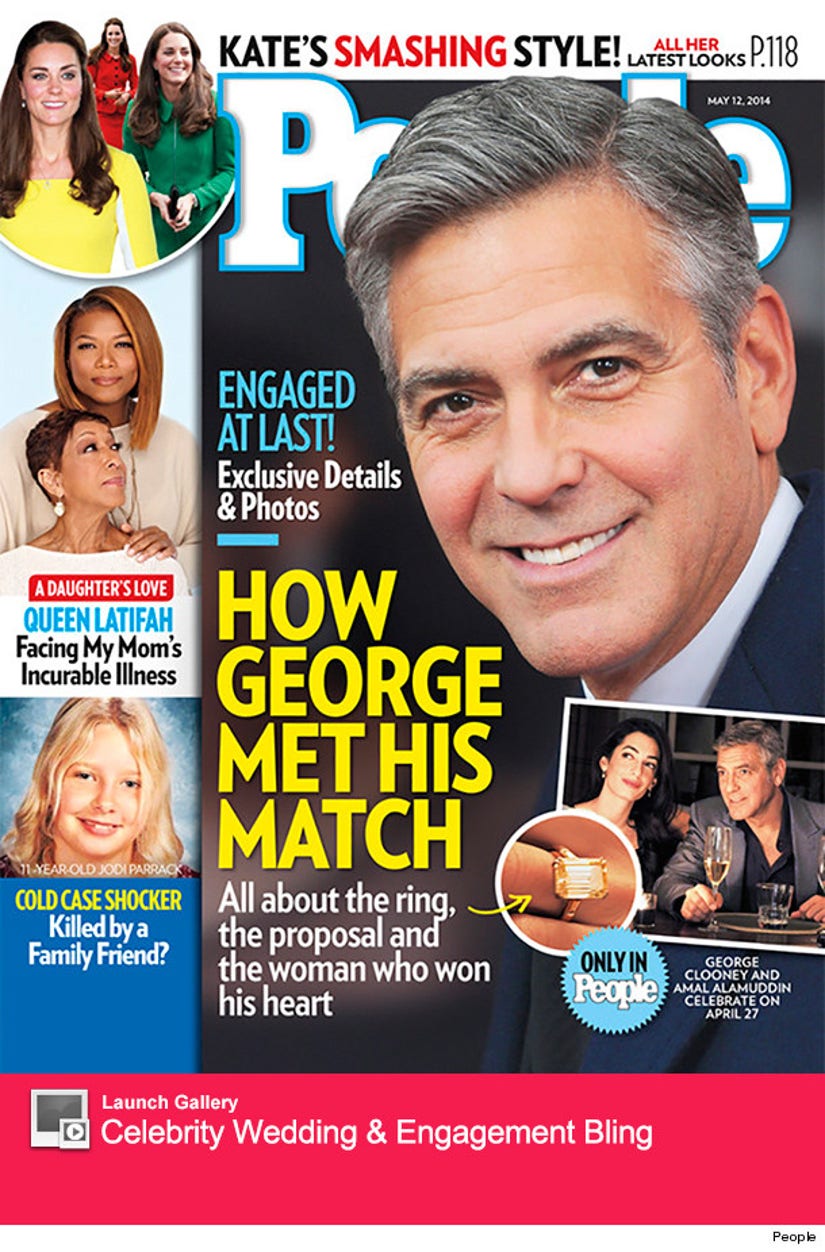 The bride-to-be and her new bling were photographed while she and Clooney had dinner with Cindy Crawford and husband Rande Gerber in Santa Barbara, Calif., just five days after the actor popped the question.

According to the mag, the ring is an "ethically mined emerald-cut diamond estimated at 7-plus carats and two tapered baguettes set in platinum." WOW!

Is it us, or does the ring look a lot like Angelina Jolie's?

The Oscar winner visited Dubai in March to meet his now-fiance's family, where he spent time on a yacht excursion with her siblings.

"They found George very easy to get along with, cool," a relative of Alamuddin tells People. "They felt at ease with him immediately."

The surprising engagement news comes just seven months after the duo was first spotted together.

This will be Clooney's second marriage. The 52-year-old, who has been a serial dater for the last two decades was previously married to Talia Balsam from 1989 to 1993.

What do you think of the ring? Tell toofab in the comment section below, and click "Launch Gallery" above to see more celebrity wedding and engagement bling!