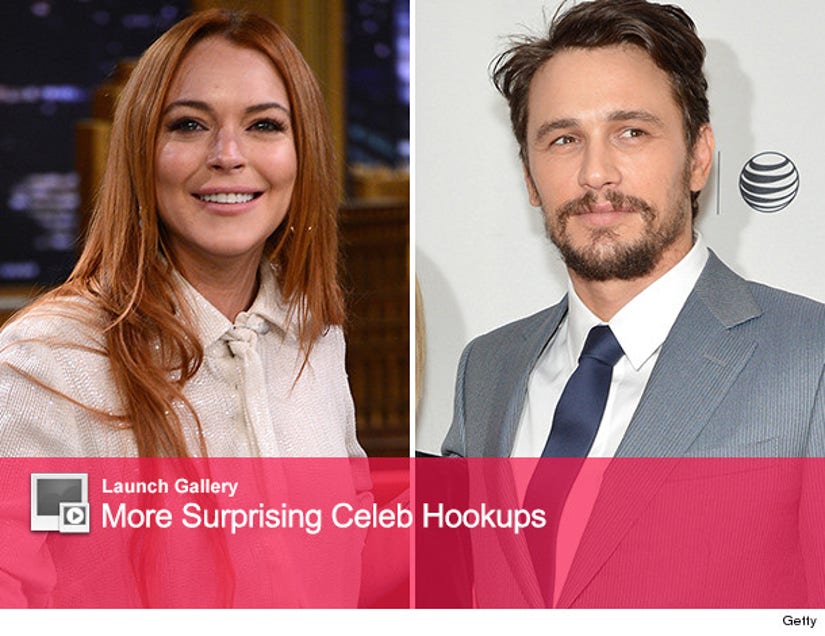 Though he has denied hooking up with the troubled actress in the past, James now admits the two did share some sexual contact.

"I bet you if we brought her in here and you asked her to her face 'Did you have sex with James?' she'd say 'Yes,'" James continued. "I will swear on my mother's life that I never had sex with her. I can't believe she put me on that private list. She's so delusional!"

The 36-year-old says their one-time lip-lock happened when he was filming his second "Spider-Man" movie and he was a "nice guy" about it.

He went on to say that Lohan actually snuck into his room one night -- uninvited -- while they were both staying at the Chateau Marmont.

"She even broke into my room one time," he says. "I was on the couch and I opened my eyes and there's Lindsay in my room at 3 a.m. I don't know what to say other than we were at this hotel during a very dark period of her history and I think she liked, it seemed pretty damn clear that she liked me"

Lohan talked about the list during a recent appearance on "Watch What Happens Live."

"That was actually my fifth step in AA when I was in Betty Ford," Lohan said at the time "Someone must have taken a photo of it, it's really unfortunate."