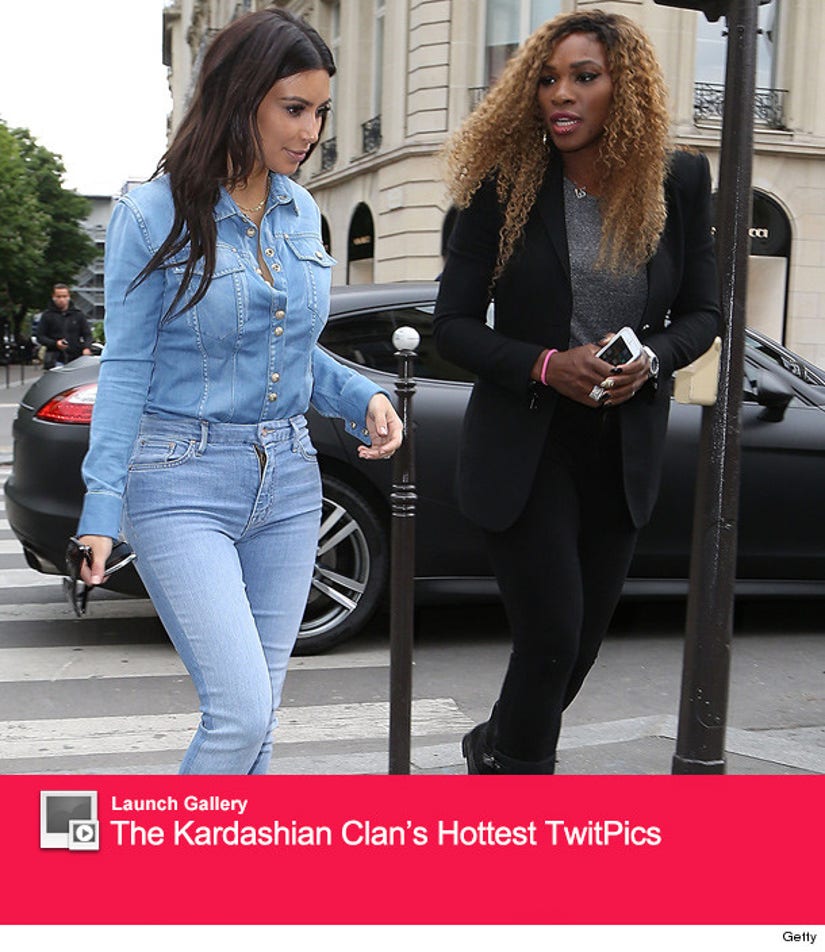 Kim Kardashian has A LOT to do in 24 hours.

Sources close to the "Keeping Up with the Kardashians" star tell toofab that Kim is in the middle of a one-day trip to Paris, France -- and her wedding preps are at an all-time high.

The 33-year-old bride-to-be landed in town early this morning and has been running all over the city since she touched down.

We're told Kim will have a private food tasting for her upcoming nuptials at her hotel and will also visit the designer of her wedding dress for a very important fitting.

While we don't know which fashion house will be making the gown for her big day, Kardashian was spotted going to Balmain with bestie Serena Williams earlier today.

Sources tell us that the couturier may not be the ones creating her wedding day dress though -- as both Kim and Serena will also be picking up their gowns for the Met Gala while in town. The annual high-fashion event, hosted by Vogue magazine, goes down in NYC next Monday night.

Kim will have a lot to celebrate at the ball. In addition to her wedding, her own Vogue cover was a HUGE hit, selling over 500,000 copies at the newsstands.

As TMZ previously reported, Kim and Kanye West are set to tie the knot this week in an intimate, private ceremony -- before heading to Paris next month for a huge celebration.