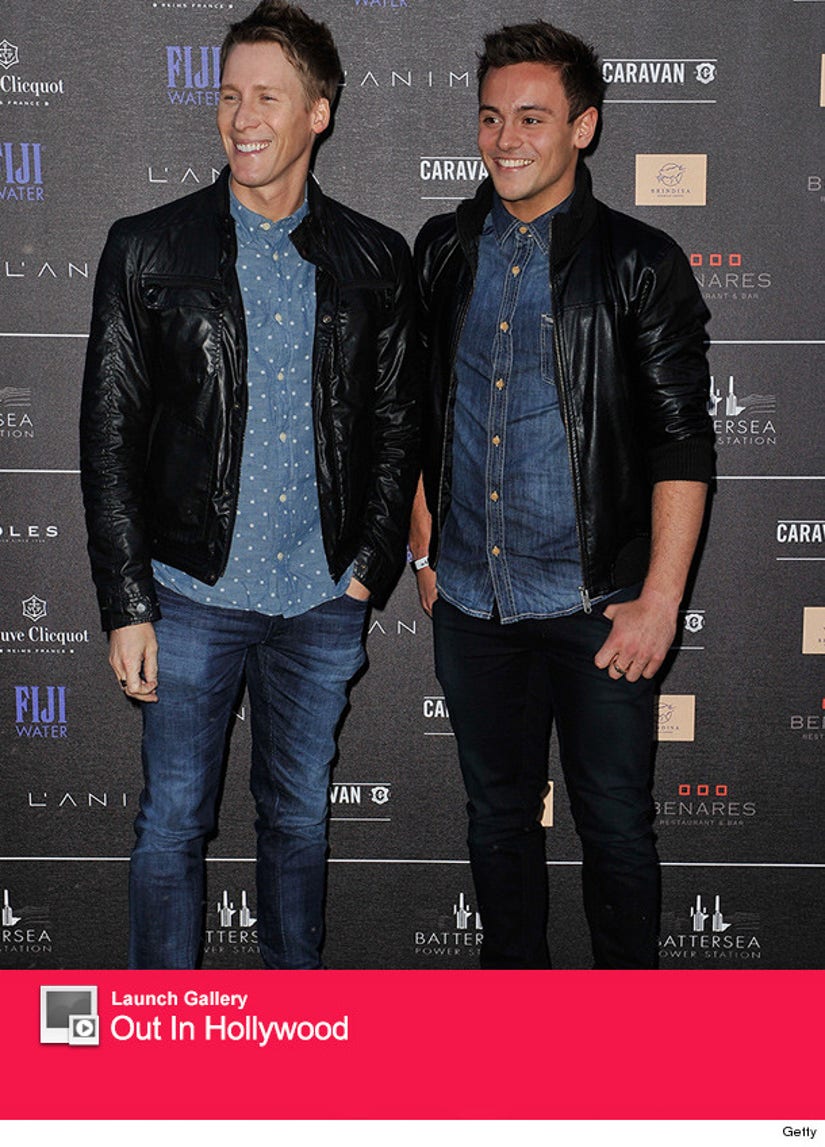 Olympian Tom Daley and his Oscar-winning boyfriend Dustin Lance Black made their first public appearance as a couple on Wednesday, sporting matching black leather jackets on the red carpet at the annual Battersea Power Station party in London.

This also marks the first time the two have been spotted together since Tom came out as a gay man earlier this month.

Though the 19-year-old diver announced he was bisexual back in December 2013, he changed his tune
while talking to Keith Lemon on "Celebrity Juice," saying he's a "gay man now."

"My life changed massively when I met someone, and they make me feel so happy, so safe and everything just feels great," he said when he came out as bisexual last year. "That someone is a guy. It did take me by surprise a little bit. It was always in the back of my head that something like that could happen. But it wasn't until spring this year that something just clicked."

The two appear to be going strong, despite their 20-year age difference. Black, who directed "Milk," is 39.

Check out the gallery above to see more out and proud celebs!