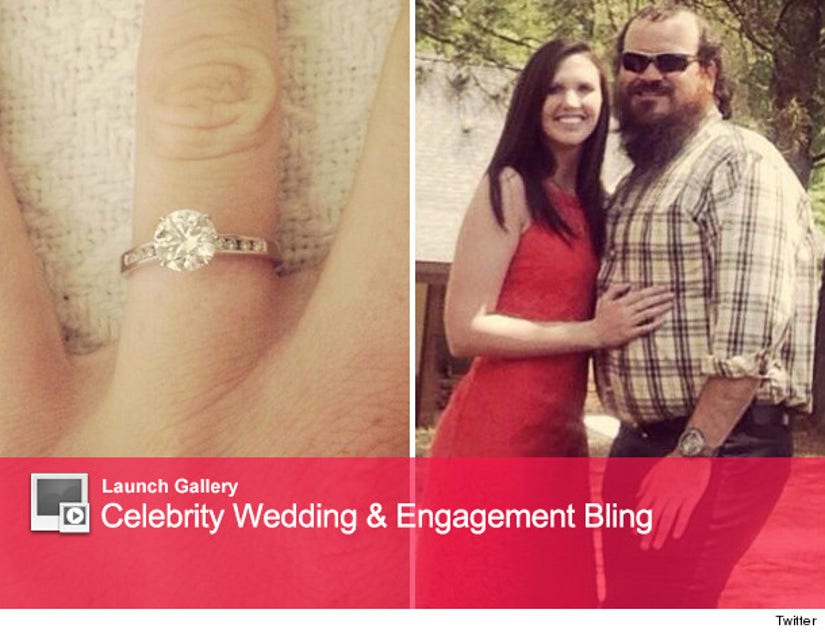 From the duck call room to the altar!

The blushing bride-to-be took to Twitter to share the exciting news, posting a photo of her engagement ring on that finger.

"He liked it so he put a ring on it. I can't wait to spend the rest of my life with @friar_martin_dc ! #BestBirthday," she captioned the sweet snapshot.

Martin is an employee at Duck Commander -- the guys call him by his last name – and he tends to get caught up in the practical jokes and pranks that are seen on the hit A&E series.

He recently talked about growing his famous beard on aetv.com, saying, "When I met the [Robertsons] I had no beard because at our high school you could not have one if you were on the football team. My favorite time of year was Christmas break so I could grow a beard for two weeks. Once that was over I would keep a beard most of the year and come September I wouldn't cut it until after duck season. Oh, how things change!"

So, what's the strangest thing he's found in his beard?

"Nothing too strange – just the expected," he added. "A beard is a grown man's bib. It keeps cheese dip, ice cream, spaghetti, and so on from getting on your shirt, so that's handy. I've found a tick or two in there and, of course, those pesky duck lice."

Hopefully his beard is clean on his wedding day!