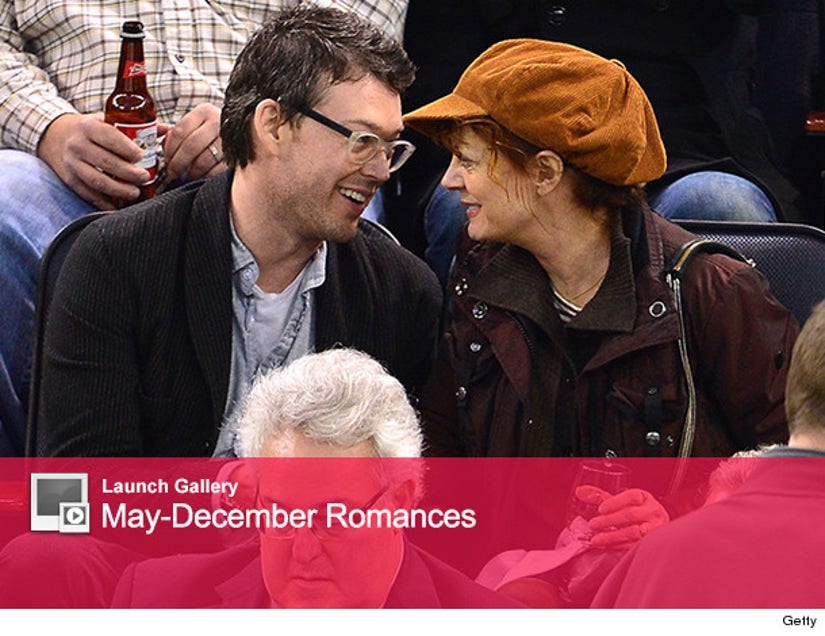 Susan Sarandon has eyes for her much younger man!

The 67-year-old actress was spotted Wednesday night with boyfriend Jonathan Bricklin, 36, at a playoff hockey between the New York Rangers and the Philadelphia flyers.

"The Banger Sisters" star and her young beau seemed to be having a great time as they watched the NHL teams battle it out on the ice.

Back in February, Sarandon confirmed that she and Bricklin are dating.

"Jonathan and I collaborate on different things. That means a lot of things," the Oscar winner told AARP The Magazine in its February-March issue. When asked if that includes romance, she says, "Yeah, I think so."

Susan and Jonathan are co-investors in SPiN, a popular ping-pong bar in New York City.

Sarandon split from actor Tim Robbins, her partner of 23 years, in December 2009, and talked about their long relationship in the AARP interview, saying, "It's better to have made decisions that turned out badly and learn from them than to feel as if you had no choice and are resentful of the turns that your life takes."

"My life has been filled with happy accidents. The thing that's served me well is being able to change onto a different track when it's presented itself," she added.

Sarandon and Robbins have two sons together, 25-year-old Jack and 17-year-old Miles. Sarandon has a daughter, 28-year-old actress Eva Amurri, from another relationship.

What do you think about Susan dating a younger man? Tell toofab in the comment section below, and click "Launch Gallery" above to see more celebrity romances!