The student has become the teacher!

The TGIF spin-off will pick up years after "Boy Meets World" ended, with Cory (Ben Savage) and Topanga (Danielle Fishel) now-married and living in New York along with their little girl Riley (Rowan Blanchard).

The show will follow 12-year-old Riley and her best friend Maya (Sabrina Carpenter) as they deal with all of the drama of their formative years alongside pals Lucas (Peyston Meyer) and Auggie (Corey Fogelmanis).

But, don't worry, some of your favorite "BMW" stars will be making a cameo this season! 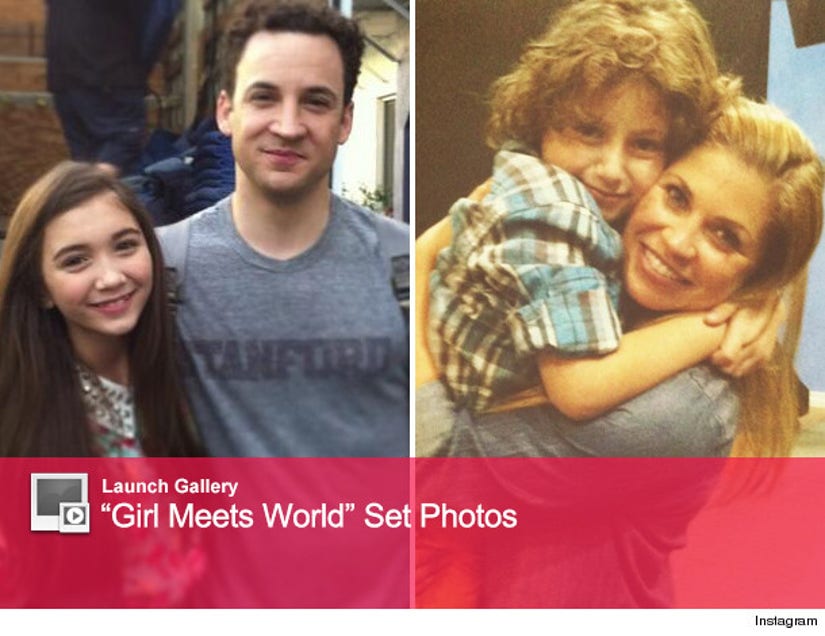 William Daniels will return as everyone's most beloved teacher Mr. Feeney, along with Rider Strong as Cory's BFF Shawn Hunter. In addition, William Russ and Betsy Randle will reprise their roles as Cory's parents, and Lee Norris and Danny McNulty will make appearances as former classmates Minkus and Harley Keiner.

Plus, some brand-new guest stars are being added to the mix. Cloris Leachman, Jane Lynch, Jackée Harry, Willie Garson, Charlotte Rae, and musician Herbie Hancock have all been tapped to appear in the first season.

Do you think the spinoff will be as good as "Boy Meets World?" Tell toofab in the comment section below, and click "Launch Gallery" above to see more "GMW" set photos!

Want to meet the youngest stars from the series? Check out the video below!