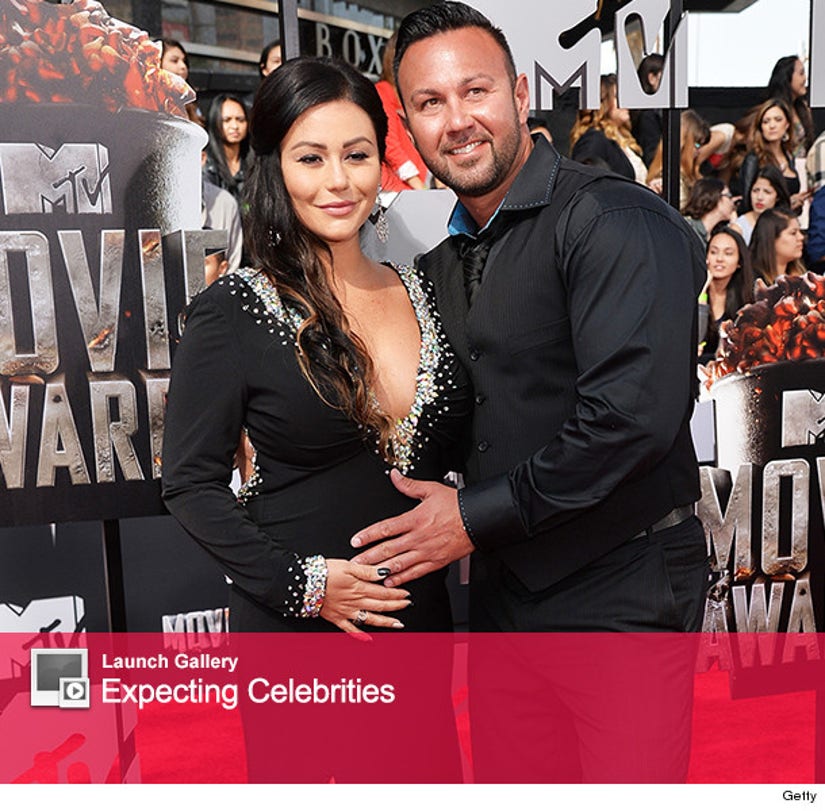 Jwoww's lady parts are on lockdown!

The "Jersey Shore" star just gave an incredibly candid interview with In Touch about her pregnancy, where she revealed she and baby daddy Roger Mathews will not be getting it on until after she pops out their baby.

"If you can keep the spark going, do it. But for me, it's awkward," Jenni "Jwoww" Farley tells the mag. "My body's going through so much that I'm just like, 'Ick!'"

And while part of the reason they aren't "smushing" is Farley's own discomfort, she also reveals it was doctor-ordered too! The reality TV star and her fiance were told to abstain from sex after doctors discovered she had a low-lying placenta

"Roger asked me how much I paid off my doctor to say that," she says.

"Pregnancy sucks!," she continues. "I'm exhausted, my boobs are massive and I've never been this big. I mean, it's a blessing, but it's crazy. Roger's family was visiting, and I tried to hold in a sneeze – and peed my pants! He just got me a new pair of pants and said, 'Try not to hold in any more sneezes.'"

The couple are expecting a baby girl, due in July.