"Love Never Felt So Good," originally written and recorded by the King of Pop in 1983, is the debut single for "Xscape," which will be released May 13.

Usher payed homage to Jackson by performing the previously unreleased track at the star-studded award show.

To begin the special segment, dancers in Jackson's signature black and white ensemble moonwalked up to a wall and spray-painted graffiti as digital images of Michael scrolled across.

"The Voice" judge then recreated his own version of the famous move as he sidled down the walkway dressed in gold and black, ending up on a surprised guest's table!

Usher was an obvious choice for the dance number, but where was Chris Brown? (Oh yeah, he's in jail.)

What did you think of MJ's "new" song? Are you excited for more previously unheard music from him? Tell toofab in the comment section, and click "Launch Gallery" below to see all the stars at the iHeartRadio Music Awards! 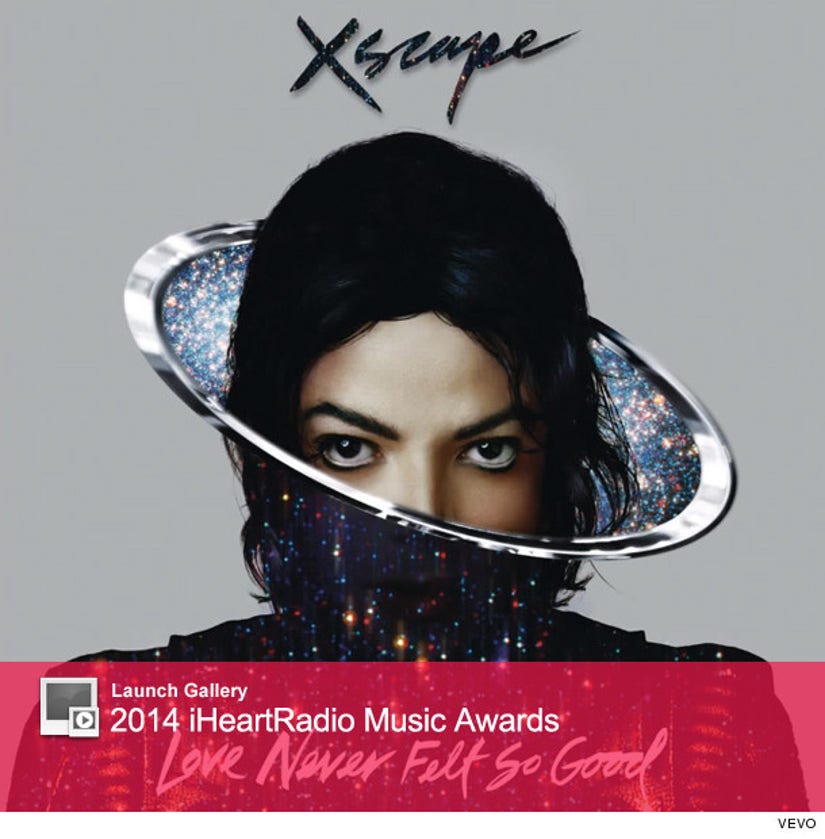