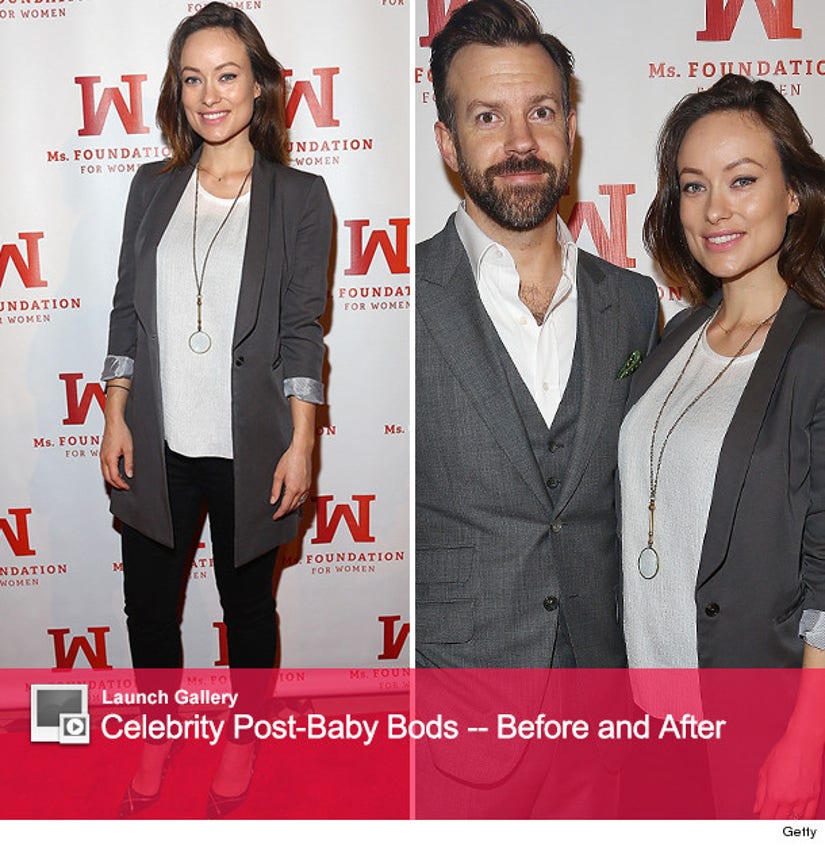 The actress stepped out for her first red carpet since giving birth last night, appearing in public a week and a half after giving birth to her first son, Otis.

Wilde and baby daddy Jason Sudeikis both attended the Ms. Foundation Women of Vision Gala 2014 at Cipriani 42nd Street on Thursday, where Olivia looked radiant in a a white top, skinny jeans and a long gray blazer.

Wilde, 30, has been sharing some hilarious tweets with her 1.4 million followers since giving birth on April 20 -- including one photo of the couple's baby boy.

Jason observed that a breast pump looks like something Katy Perry would wear to perform at the VMAs. #accurate #milkyfashion

If Otis was on Cribs, his crib would win. I wish I could fit in it. Thanks, @SerenaandLily for the lovely gifts. Do you make adult swaddles?

Having an infant son alerts me to the fact that every man, at one point, has peed on his own face. #awesome

Otis Alexander is the couple's first child together.