Practice makes perfect ... most of the time!

Andrew Garfield hosted "Saturday Night Live" for the first time, and his on and off-screen love Emma Stone was there for support.

After hosting the show several times, Stone offered her "assistance" during Garfield's nerve-filled opening monologue and later appeared in a sketch where they pretended to be shooting a passionate kissing scene in "Amazing Spider-Man 2."

In the sketch, the lovebirds filmed a final scene where Spider Man takes Gwen Stacy to the top of the Brooklyn Bridge for the ultimate onscreen smooch. This is when they hit a snag!

As they try to get achieve the perfect kiss, the pair smashes their cheeks together, sticks their tongues out, tries to kiss each other with open mouths and Garfield picks up Stone up and makes out with her chin.

Luckily, Chris Martin made a cameo to help out them out! Pushing Stone aside, the Coldplay frontman lunged at Garfield with his tongue out, making for a pretty strange ending. Check out the hilarious clip above! 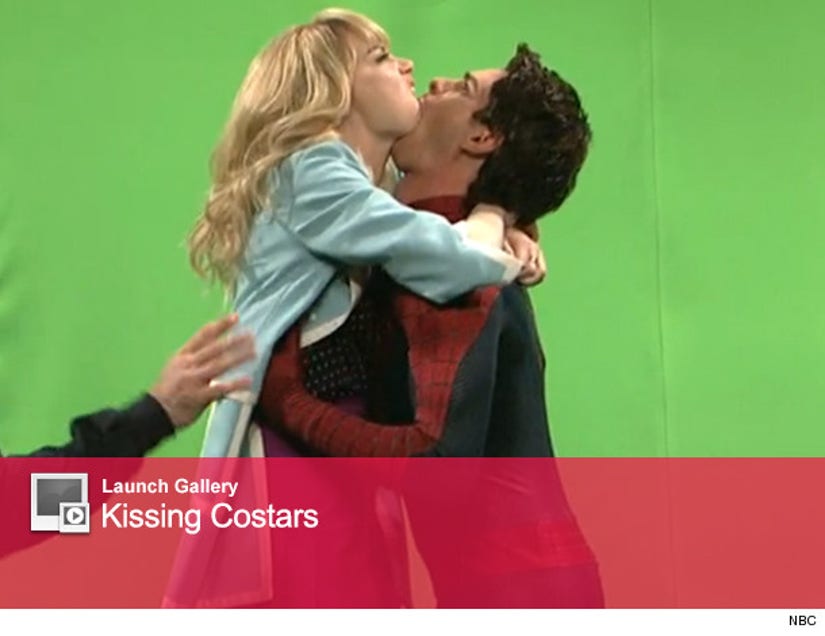