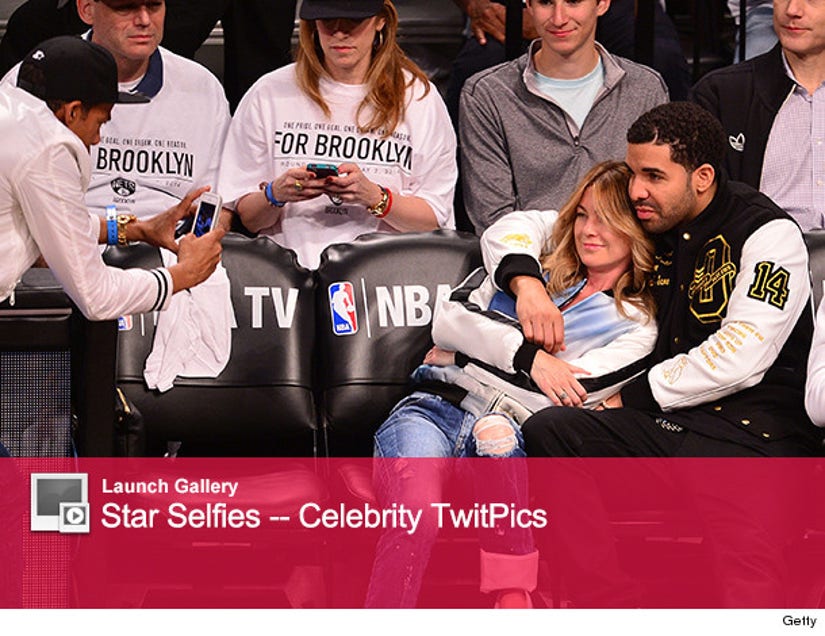 This is an unlikely pair!

Drake was spotted getting close with "Grey's Anatomy" star Ellen Pompeo at a Brooklyn Nets vs. Toronto Raptors basketball game in NYC on Friday night.

But don't worry, Rihanna -- it's not what it looks like.

The actress and the rapper were posing for a picture, and her husband Chris Ivery was sitting next to her (he was cropped out of the photo above). 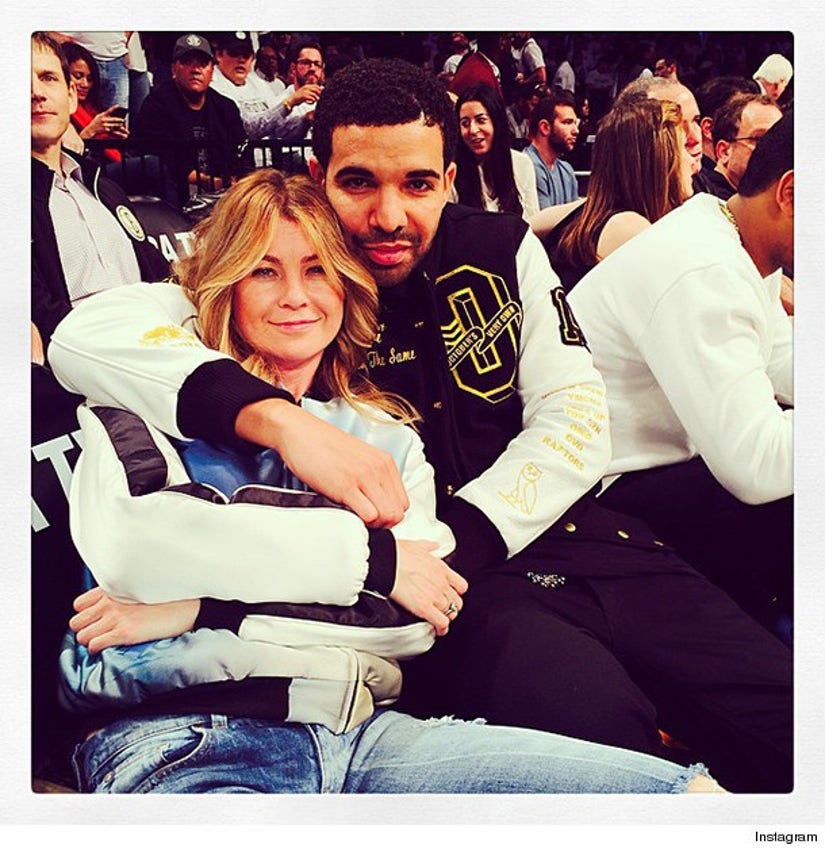 Ellen shared the snapshot on Instagram, writing, "Me and @champagnepapi playing nice Brooklyn vs Toronto."

Pompeo is a big Nets fan while Drake, who is originally from Toronto, was probably there to support his home team.

The 44-year-old star just wrapped up filming for the 10th season of her hit ABC show. The finale, which will air on May 15, will see Ellen's onscreen pal Sandra Oh leave the show after acting alongside Ellen for a decade.

Ellen honored her friend and costar when they finished filming in April, writing, "So proud of the work we've done together. We've laughed, we cried, we've kicked some serious acting ass together."

Pompeo and Oh clearly have a strong friendship, but who knew Ellen was so close with Drake!?

Are you surprised by their courtside closeup? Sound off below, and click "Launch Gallery" above to see more star selfies.