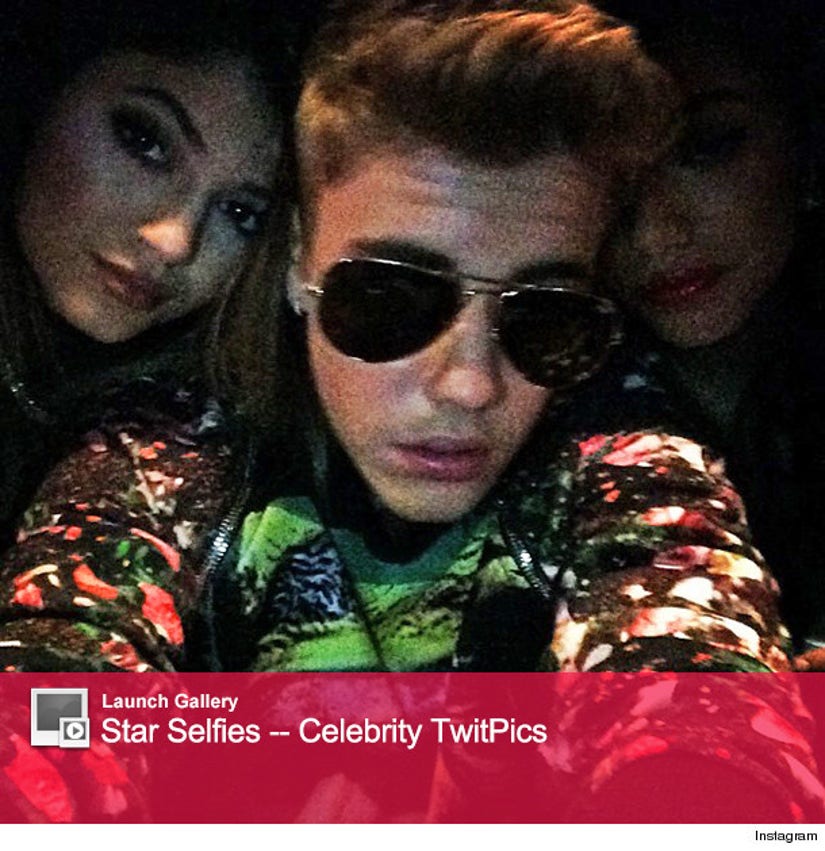 Justin Bieber posted an intimate selfie with Kylie Jenner via Instagram on Sunday. The reality star and singer were both in Las Vegas over the weekend for the Floyd Mayweather Jr. and Marcos Maidana fight.

The young stars both stayed at the Hardrock Hotel where Kylie's sister Khloe Kardashian and her rumored beau French Montana partied the night away together as well.

Kylie and Kendall Jenner had a falling out with Gomez after spending the weekend with the "Come & Get It" singer at Coachella. Reportedly, the Disney star saw texts between the "Keeping Up with the Kardashians" stars and her ex which led her to unfollow the Jenner sisters on Instagram.

While Kylie was spotted hanging with the "Boyfriend" singer and his pals in Sin City, sources say that the twosome didn't look "romantic."

Well, hopefully the group can work past all the recent drama! What do you think of Kylie and Justin's selfie? Tell toofab below and click "Launch Gallery" above to see even more celebrity candids!