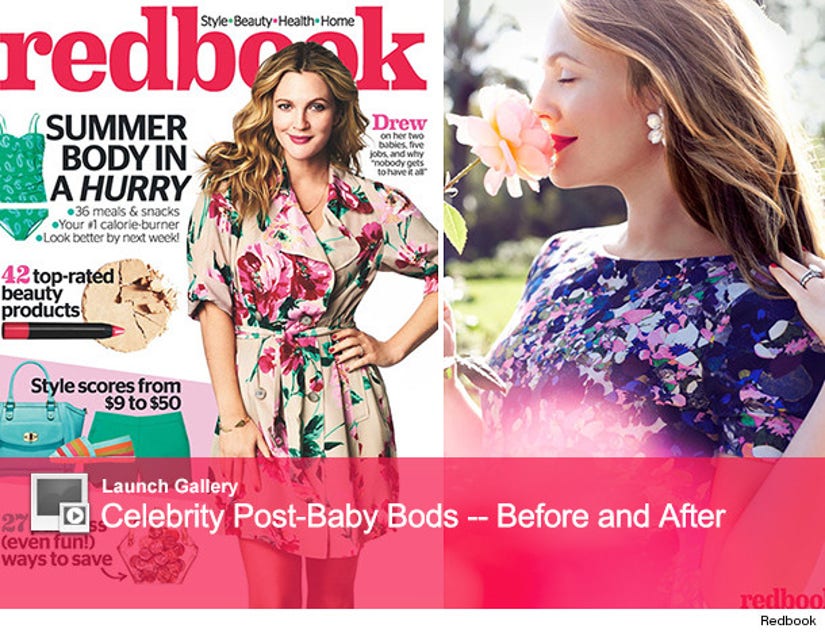 The blonde beauty covers the June issue of Redbook magazine (via E!) where she opens up about her first pregnancy with daughter Olive.

"The first time I was really nervous the whole time. I definitely chose my battles. I don't like to bother people," she reveals. "If it was something important or I was really worried, of course, I would call the doctor. But I was not that patient. I would just panic quietly inside."

The mother-of-two also opens up about her career and accepting her body.

"I would love to have long, thin arms. I really would but I don't. I can run a company, so maybe I am just going to have fatter arms and run a company wearing sleeves? That is my balance; nobody gets to have it all," she explains.

The "He's Just Not That Into You" star is comfortable with her shortcomings because she's found the right balance in her life.

The 39-year-old also says that she and husband Will Kpelman are the prefect fit. "Knowing his personality and what he finds humorous and attractive and appealing, I'm like, 'Okay, got it!,'" she says.

And when it comes to raising her children, Drew really wants to instill a good work ethic.

We think Drew sounds like she's got a great head on her shoulders! What do you think about Barrymore's candid comments?

Sound off below, and click "Launch Gallery" above to see even more celebrity post-baby bods!