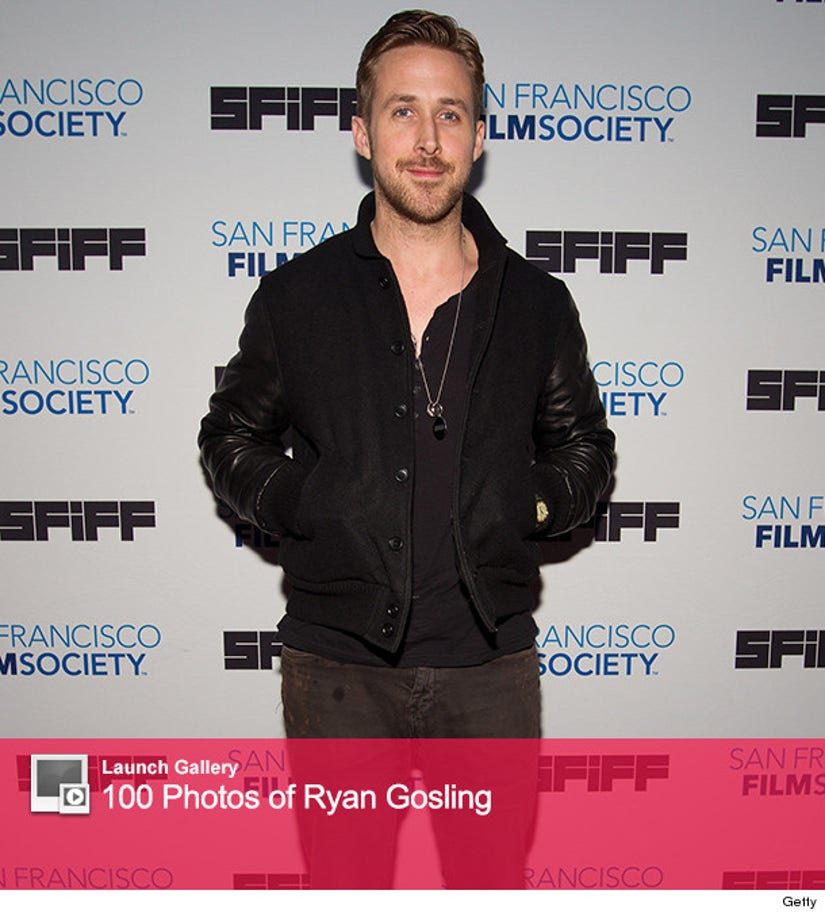 Ryan Gosling is back!

The actor made his first red carpet appearance since July on Tuesday night, stepping out at the "White Shadow" premiere at the San Francisco International Film Festival.

He looked as handsome as ever, sporting brown pants, a black T-shirt and a matching leather jacket.

The 33-year-old hunk, who executive produced the flick, was joined at the event by his co-executive producer Stefano Gallini-Durante, director Noaz Deshe and director of the festival Noah Cowan.

While Ryan is rarely spotted out in public with his girlfriend Eva Mendes, the pair seems to be happier than ever.

The actress recently talked about what it's like to work with her beau on his directorial debut, "How to Catch a Monster."

"It's basically a dark fairy tale, and I play a woman named Cat," Eva told E! News correspondent Catt Sadler back in March. "Yeah, it's a beautiful, beautiful film," she added.

So how was it working under her boyfriend? "He's the best," she explained. "He really created the most beautiful, collaborative, creative atmosphere on set. I know I'm biased."

We wish we could see more of these two!

Click "Launch Gallery" above to see 100 photos of Ryan Gosling. You're welcome.