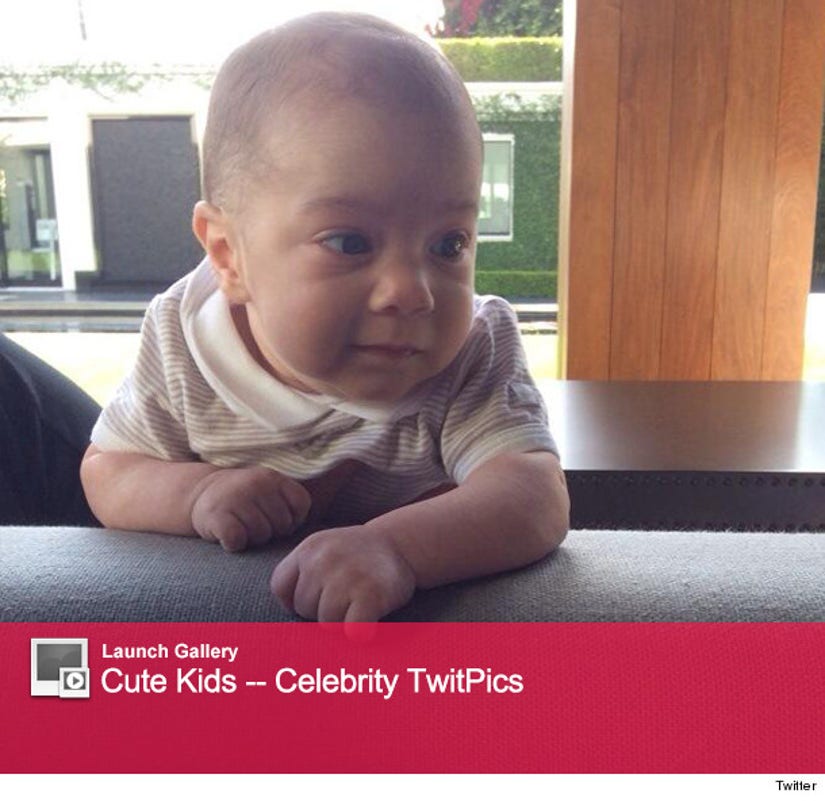 Simon Cowell is a doting daddy!

The 54-year-old took to Twitter to share a series of sweet snapshots of his nearly 3-month-old baby boy Eric.

In the one photo, the little one is supporting himself and climbing over a couch. "Very handsome like his dad," the proud papa wrote along with the cute candid. 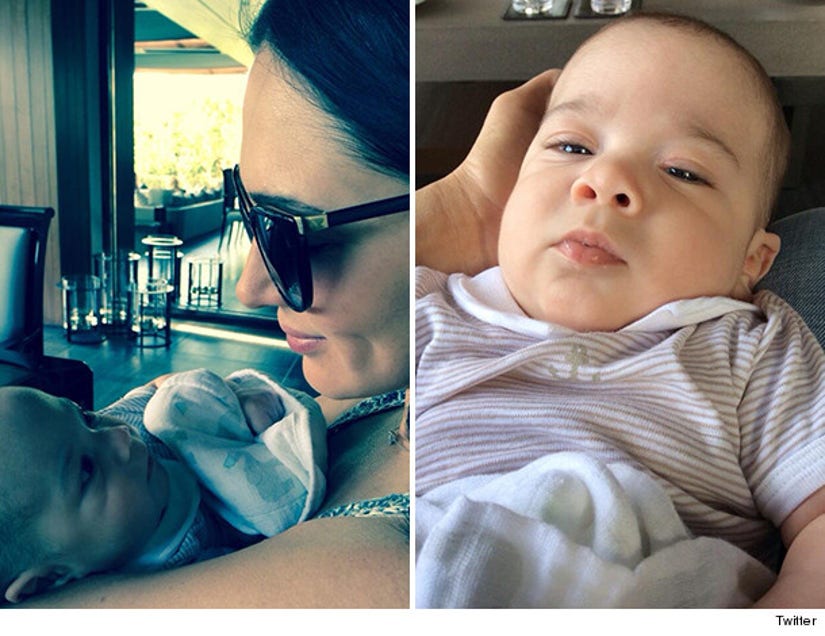 In a second pic, the "X Factor" judge included Eric's "mum" and his girlfriend, Lauren Silverman, as she looks lovingly down at her tiny tot.

He posted a third photo where Eric is resting on his knees and is gazing up at him.

Simon has adjusted well to his life as devoted dad. Back in February, immediately after his son's birth, the Brit shared a beautiful black-and-white image of himself, rocking his baby boy against his chest. "I never knew how much love and pride I would feel," Cowell tweeted alongside the pic.

We love to see his softer side!

What do you think of her latest snapshots? Tell toofab in the comment section, and click "Launch Gallery" above to see more cute celebrity kids.