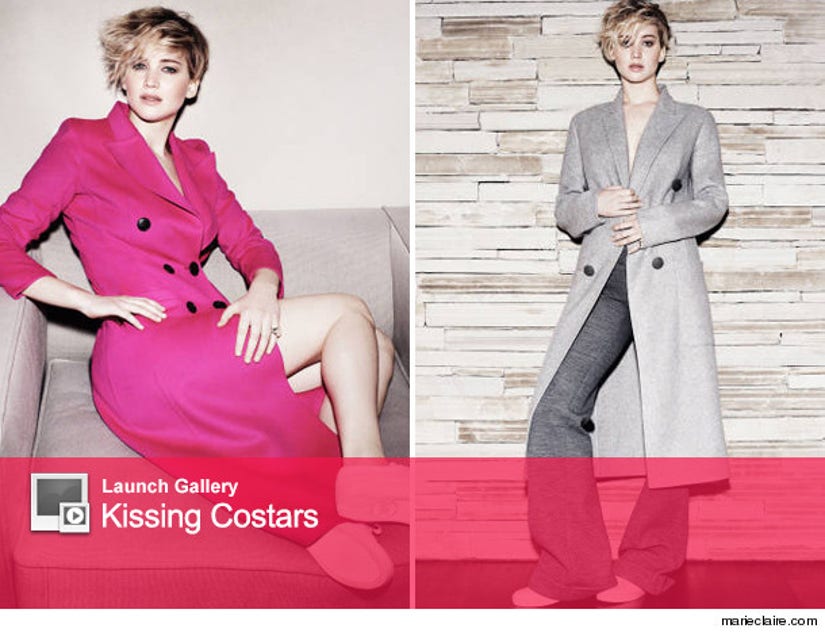 Jennifer Lawrence really has no filter!

The blonde beauty opens up about her boyfriend, Nicholas Hoult in the June issue of Marie Claire ... and she's getting extremely candid about their love life!

Lawrence and Hoult, who both star in "X-Men:Days of Future Past," have had one seemingly-solid relationship for the past four years (minus their short-lived breakup).

So what attracts her to her beau? "Looks can go pretty far," she explains. "Nobody can deny a beautiful face."

"Humor and intelligence are key. Looks fade very quickly. I love a unique mind. Somebody who's his own person," she adds, while talking about the 24-year-old actor.

The cute couple has also set some ground rules when it comes to their relationship -- when they're working, they "ignore" each other!

"It's hard when you're both working. It's important to keep your individuality when you're a couple and keep your own life," she says.

"When we're busy, we agree to mutually ignore each other. Not completely, but neither of us gets mad when the other doesn't text back or call. Life's super-busy. Obviously you know what they're doing, and you trust them. We're so young that it would almost be like if we lived in the same city, what would happen? We'd be living together. At least this way he's in the same boat as I am: We can both go out and have our own lives and know that we have each other. Why am I talking about my relationship? Jesus ..." 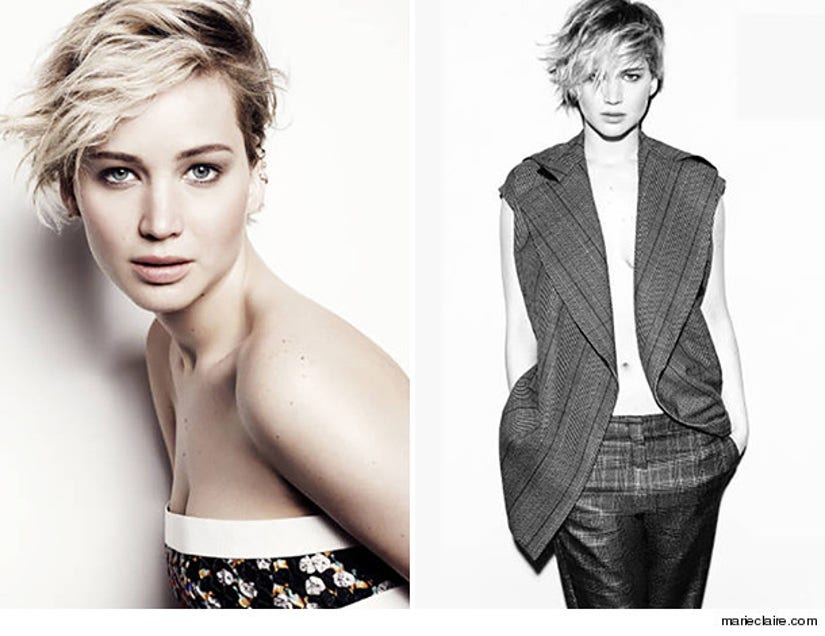 The pair -- who reunited while filming "X-Men" have also had some fun off-set together. So have the mutant lovers engaged in some quickies between takes?

"No comment," she says. "I will say, it's complicated to explain touch-ups when you come back from lunch."

We love her honesty -- that's definitely why the world adores her! On the topic of being one of Hollywood's most beloved stars, the 23-year-old knows that she won't be everybody's favorite forever.

"Nobody can stay beloved forever," she confesses. "I never believed it, the whole time. I was like, just wait: People are going to get sick of me. My picture is everywhere, my interviews are everywhere; I'm way too annoying because I get on red carpets and I'm really hyper, most likely because I've been drinking, and I can't not photo-bomb somebody if it's a good opportunity. But it's something I always tell myself: 'You need to calm the f-ck down. You don't want to constantly be a GIF.'"

The "Silver Linings Playbook" star also says that her tumble at this year's Oscars was not planned.

"If I was going to plan it, I would have done it at the Golden Globes or the SAGs. I would have never done it at two Oscars in a row. I watch 'Homeland' -- I'm craftier than that," she says, while adding that she would've thought the same thing as Jared Leto who believed it was an act too.

On the topic of backlash, Lawrence does try to stay away from the Internet ... unless she's looking for a good release of emotion once a month.

"I'll be PMSing and just in the mood for a cry," she explains. "In fact, the first thing I'm doing after I leave this interview is Googling 'Jennifer Lawrence backlash.'"

While the actress does love her job, it gets hard being a "celebrity." "I mean, I'm from Kentucky. I used to be very personable and make eye contact and smile at people, and now all I do is look down. When I'm at dinner and one person after another keeps interrupting to take pictures, it's like, 'I can't live like this,'" she reveals.

Well, Jennifer probably just needs a little break -- she has been working non-stop since landing the role of Katniss Everdeen in "The Hunger Games"!

What do you think about J-Law's candid comments? Sound off below and see even more celebs who met on set in the gallery above!