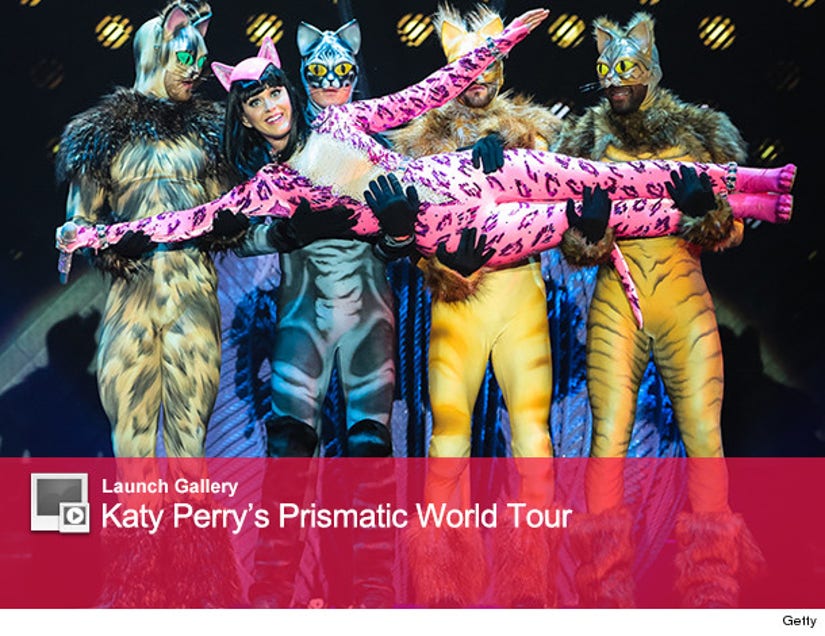 Katy Perry is ready to "Roar!"

The singer kicked off her Prismatic World Tour in Belfast, Northern Ireland on Wednesday night, and she sported some crazy couture costumes on the stage.

"Tonight was INSANE in all the best ways," she tweeted. "I have a feeling the light hit everyone! #ThePrismaticWorldTour."

Perry has another show in Belfast on Thursday night, followed by a series of shows in Europe throughout the month of May. She kicks off the U.S. leg of her tour on June 22 in Raleigh, North Carolina.

Are you excited to see Katy in concert? Sound off below, and click "Launch Gallery" above to see more photos from her Prismatic Tour!