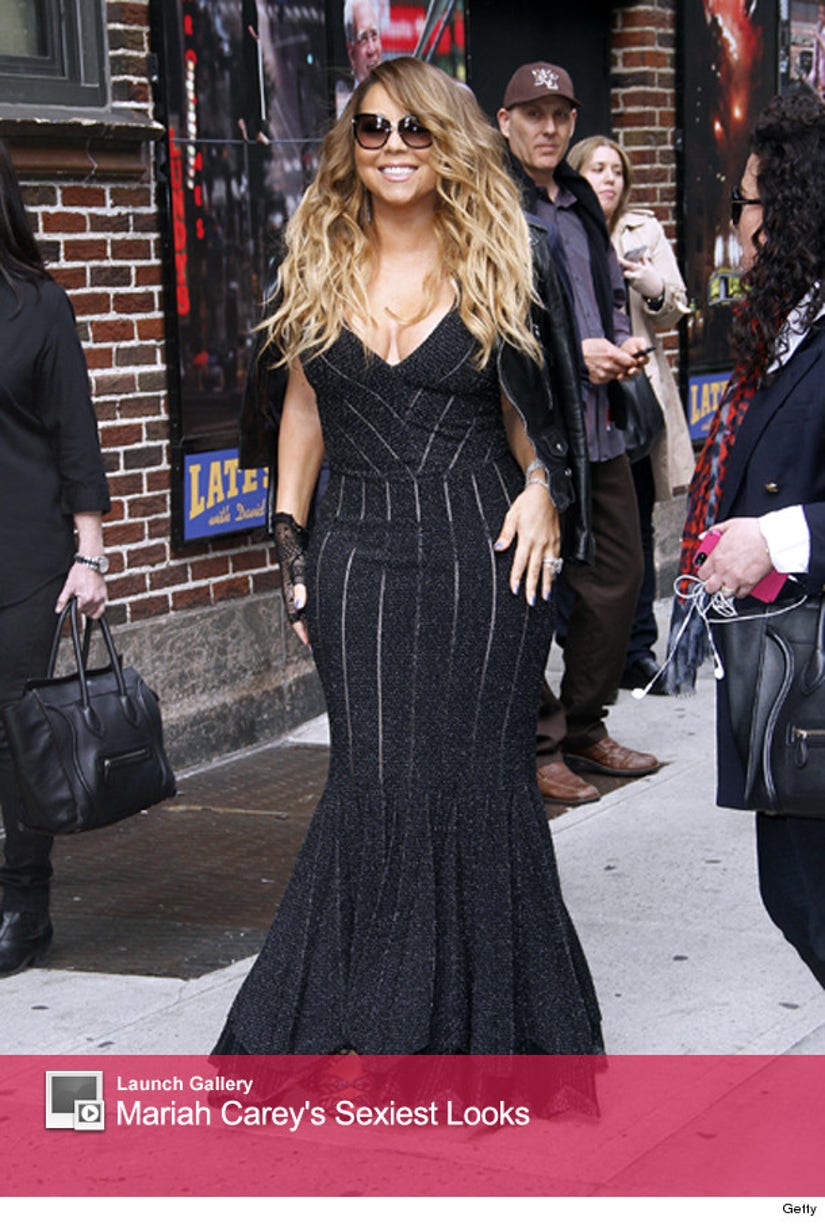 The singer was photographed showing off some major cleavage Wednesday in New York City, rocking a low cut, black sequin dress for an appearance on "The Late Show with David Letterman."

"Rushing.. Dave, I'm coming dahhling!" the mother-of-two captioned a photo of herself on Instagram while en route to show.

She posted another pic of herself looking glamorous while in the car after her interview, 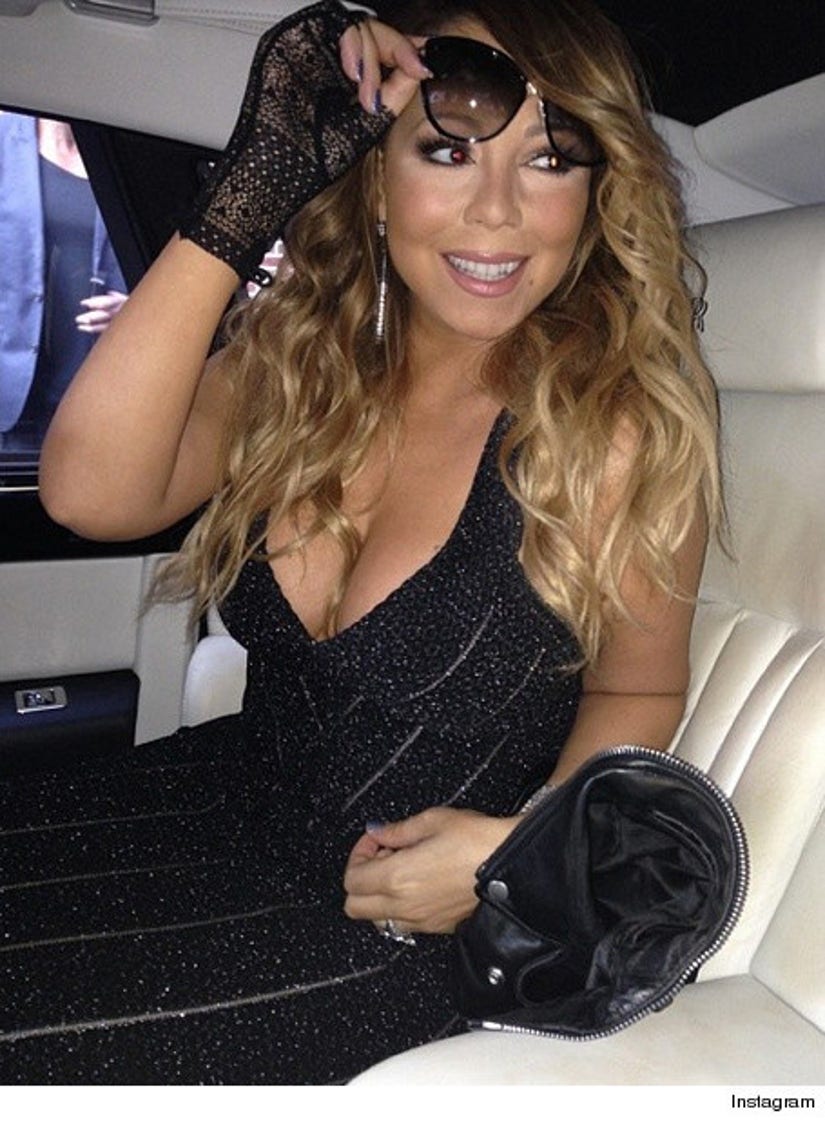 Carey visited the talk show to promote her new album, "Me. I Am Mariah...The Elusive Chanteause."

The 44-year-old recently shared the artwork for her 14th studio album via Twitter as well as a video announcement explaining the inspiration behind her latest musical effort.

"This album is a reflection of some of the peaks and valleys that made me who I am today," Carey said of her new album in the publicity video. "I've always known me. I am Mariah."

Click "Launch Gallery" above to see more of Mariah's sexiest looks, and watch the clip below to hear Letterman's advice for dealing with people who are bugging the singer about her album!