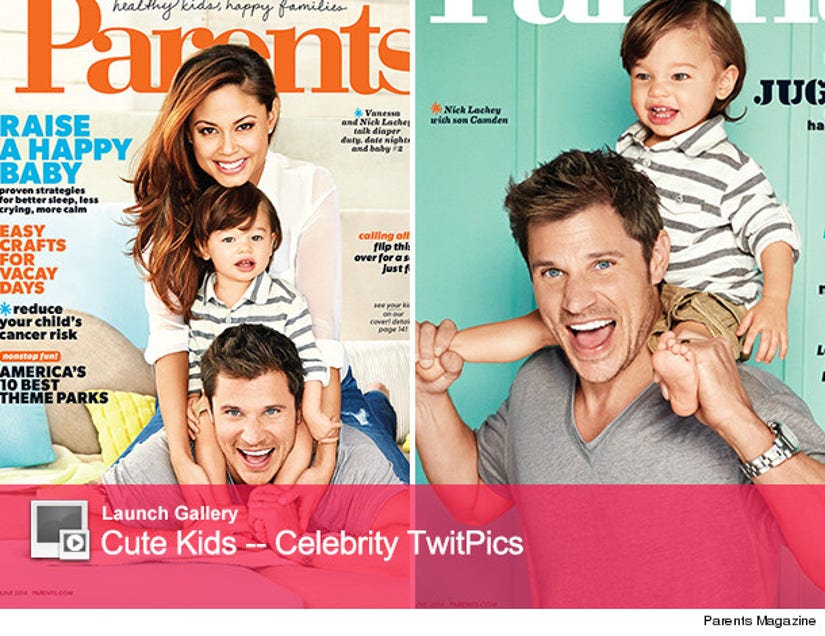 Nick, Vanessa and Camden Lachey are gracing the cover of the June issue of Parents magazine, where the proud parents are talking everything from sleep schedules to baby no. 2.

The couple was together five years before sharing "I do's." Six months later, Vanessa found out she was pregnant. "It was fun to have the honeymoon phase before bringing the little guy in," she tells the mag.

"My wife's maternal side is a new dynamic to her personality—and it's definitely made her even sexier," Nick reveals, while Vanessa says that Nick wasn't too shabby to begin with. "The man I knew I was going to marry was not only a great man, a good friend, and a family guy, but he was going to respect and treat me well and be an amazing father and role model to our children," she says with a smile. "That's Nick." 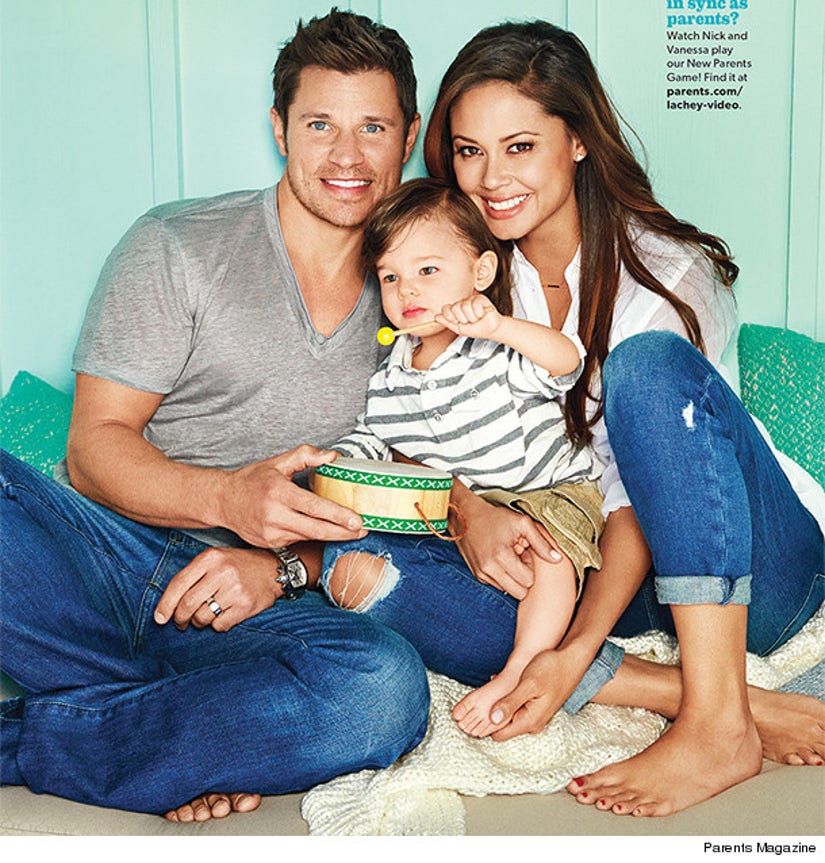 Now that the duo has 19-month-old Camden, they have learned how to keep their relationship going strong as their family grows. So, what's the secret to keeping things going smoothly? Cam's sleep schedule!

"Whether we're in New York or Cincinnati or on vacation, as long as he gets his story, sound machine, and song, he's good," Vanessa says.

As much as they love family time, the mother-of-one confesses that she and Nick look forward to 7:30 p.m. each night, when Camden goes to bed. "We put on some music or a favorite TV show, pour a glass of wine, have dinner—that's our 'alone time,'" she says. "When you've got the little one between you, it's not as romantic as when the two of you are alone."

Would they consider making Camden a big brother anytime soon? "We definitely want more kids," they say in unison. "You don't want kids to have to share the same group of friends," he says. "But you don't want them so far apart that they have nothing in common," she adds.

What do you think about Nick and Vanessa's parenting styles? Tell toofab in the comment section below, and click "Launch Gallery" above to see more cute celebrity kids!