The "Happy" singer stopped by "Jimmy Kimmel Live" on Wednesday night, and he competed in a fierce battle with late night host.

Kimmel challenged Williams to a "Twofie Shootout," where each star hit Hollywood Boulevard and tried to take as many selfies with strangers on the street as possible in 30 seconds.

The comedian seemed to be a selfie pro, even snagging a cameo from Darth Vader, who was posing on the street. While, the future "Voice" coach appeared to be going for quality over quantity.

Check out the hilarious video above to see how many "twofies" they took!

Who would you rather take a photo with: Pharrell or Jimmy? Tell toofab in the comment section, and click "Launch Gallery" below to see more star selfies. 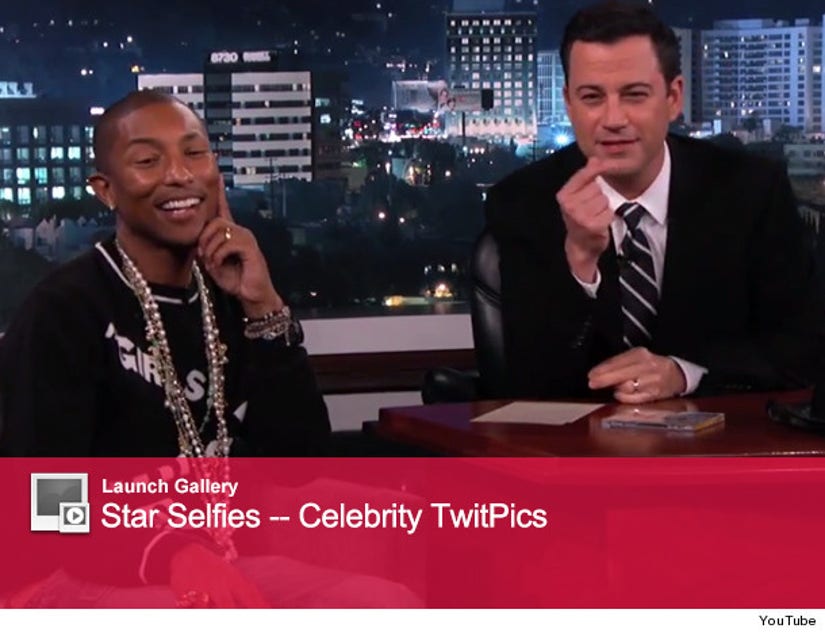