The "Palo Alto" star stopped by the "Late Show With David Letterman" Thursday, where he defended the nude selfies he recently posted of himself on Instagram.

"James, why? Honest to god, why?" Letterman asked about the actor's now infamous photographs, in which he nearly exposed himself.

"There's a lot to get straight here and I don't even know if we have time," Franco explained. "But to me, it's just a fun thing. It's something I don't put a ton of thought into, but it gets a lot of attention. I have a lot of followers on Instagram."

The late night host then showed a recently deleted picture in which a shirtless James pulled down his briefs. "Awful," the "Of Mice and Men" actor remarked. "There's a lot to say about that."

"First of all, let me just say there is not a person in this room who hasn't had their hand in their own pants," Letterman said. "I don't care what you do in your underpants, I just..."

"That's the other thing!" James said. "It's not like I'm putting that on billboards. Ostensibly, Instagram is for my fans. But now all the bloggers are following me on there so they'll just take it and use my images for whatever they want."

"But you will be the first to admit, looking objectively, it's provocative." the comedian added. "I didn't ask you to look at it!" James yelled. "It's what the people want!"

"Why is it my fault?" Letterman asked. "I had nothing to do with this." "If you don't want to see it, don't follow me," James pleaded. "Don't follow me on Instagram."

Well, he has a point.

What do you think about his response to the photo scandal? Tell toofab in the comment section, and click "Launch Gallery" below to see more sexy celebrity selfies! 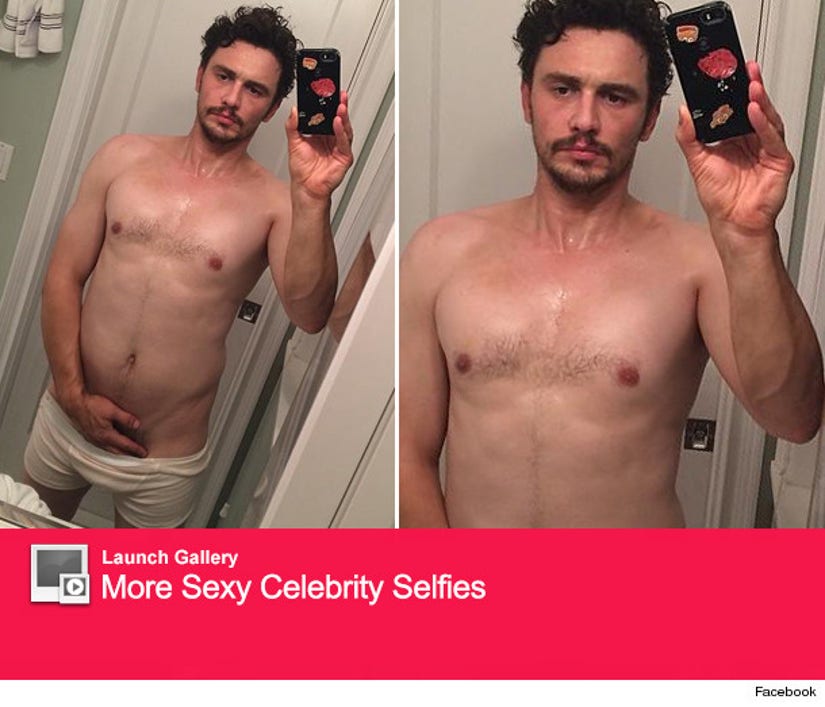