Jason Priestley's not a fan of Dean McDermott!

The former "Beverly Hills, 90210" star stopped by Bravo's "Watch What Happens Live" on Thursday, where he answered questions about costar Tori Spelling's marriage drama and reality show with hubby Dean.

See if he thinks their show is fake, and find out what Priestley has to say about Dean!

Clearly, McDermott didn't make the best impression on Jason ... but we think it's great that the soap star has only kind things to say about Tori despite her selling his wedding invitation for five bucks at a garage sale.

And if you've been watching "Tori & Dean," then you know that the couple's been dealing with some serious marriage issues -- from Dean's affair to his addiction to sex.

The actor also played a round of "Plead the Fifth," where he opened up about Shannen Doherty and a penis pump story involving Brad Pitt.

What do you think about Jason's candid comments? Tell toofab below and check out the gallery to see all the stars of "Beverly Hills, 90210" then and now! 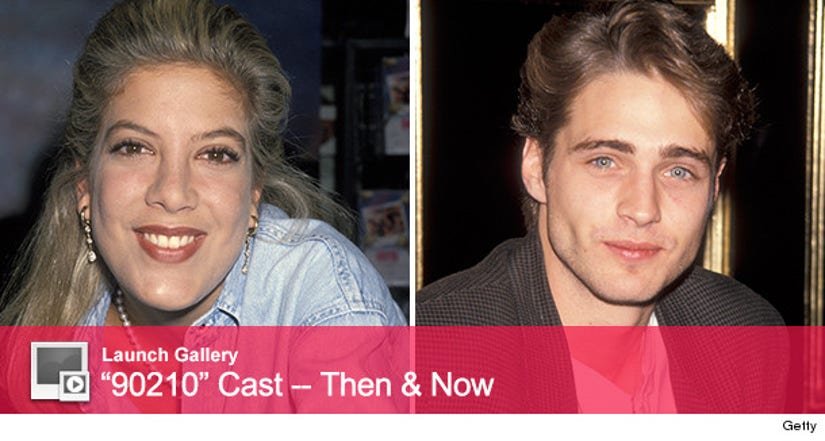