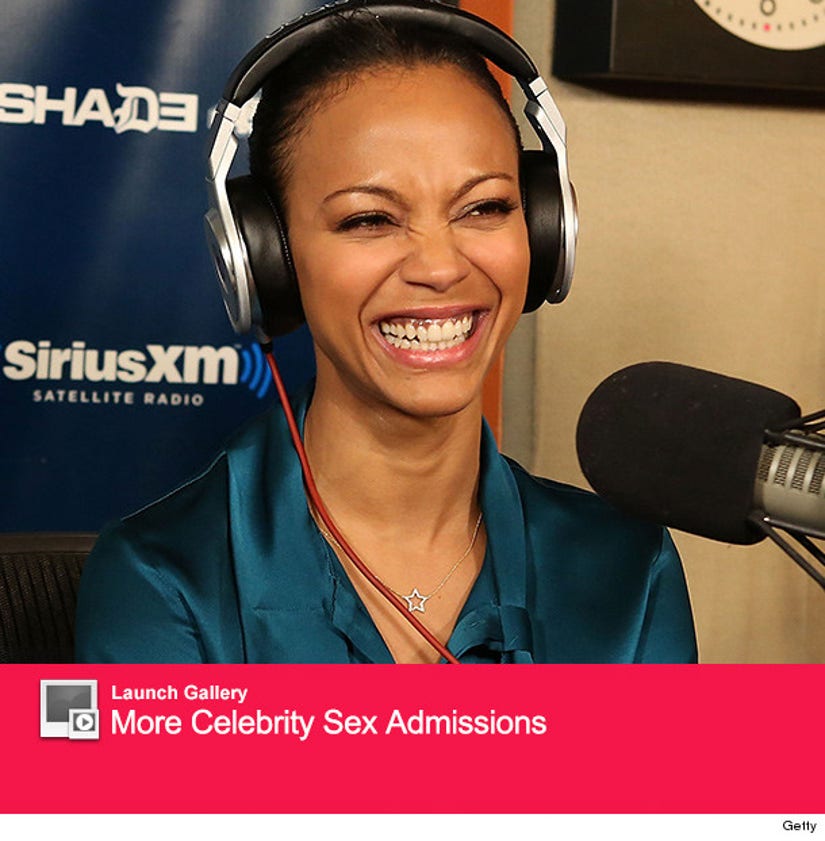 Zoe Saldana just joined Chrissy Teigen and Miranda Kerr in the already-sexy group of celebrities in the Mile-High Club.

The actress admitted she's a card carrying member while talking to Sway in the Morning on Thursday when asked to reveal the wildest place she's gotten it on.

"The craziest place -- I am a part of the Mile High Club," Saldana said. "Okay this is ghetto, but hey I'm from Queens so whatever. There is a train from Coney Island all the way back into the city, and it was between two train cars. It was super ghetto. But I'm a lady now."

Wow, that was definitely more than we expected her to admit!

Just last month Teigen revealed she and hubby John Legend are in the club too, telling Cosmo "We were on our way to Thailand to see my parents, flying commercial first-class. We were under a blanket. We weren't even in one of those pod things. I feel like we should get a trophy for that."

Kerr was even more explicit when talking about the subject with GQ back in March.

"Let's put it this way, I've had an orgasm in the air before. Alone. And together," she said.

Check out more celebrity sex talk in the gallery above!