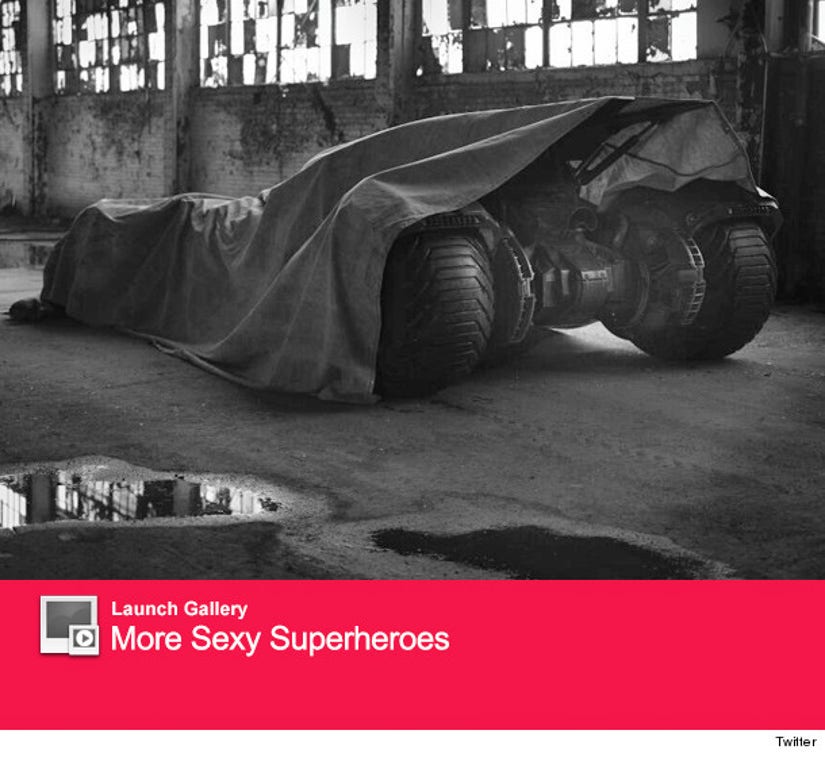 The Dark Knight is ready to get back in the driver's seat.

"Man of Steel 2," better known by its unofficial "Batman vs. Superman" title online, will start filming this week in Detroit -- and director Zack Snyder just shared the very first glimpse of the brand new Batmobile.

While it's partially covered up by a giant tarp, the design does look somewhat similar to the military tumbler of Christopher Nolan's trilogy ... but with the silhouette of earlier films.

"Could be time to pull the tarp...Tomorrow?" teased Snyder on Twitter ... giving us something to really look forward to.

The film's costume designer, Michael Wilkinson, also teased that we may see the brand new Batsuit in the next coming days as well ... hopefully with Ben Affleck in it!

Affleck, Henry Cavill, Gal Gadot, Jesse Eisenberg, Jeremy Irons, Amy Adams and Diane Lane will star in the upcoming flick. Expect to see a lot of them on set in the next couple days!

What do you think of the new design? Sound off below!