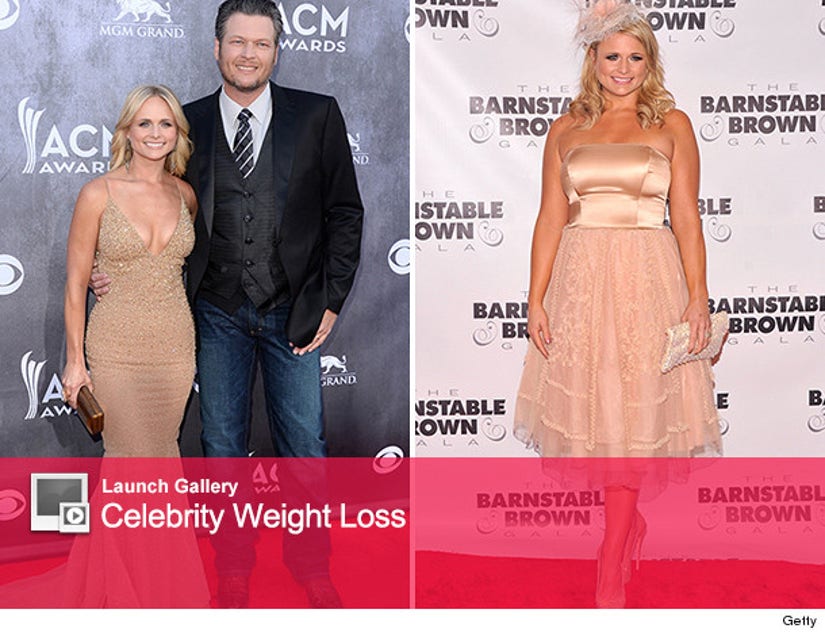 Miranda Lambert's speaking out about her marriage rumors!

The "Automatic" singer covers the latest issue of Billboard magazine where she opens up about the tabloid gossip that she and hubby Blake Shelton are on the verge of divorce, and reveals her motives behind her recent weight loss.

The country superstars -- who have been married for three years -- are in a great place, she says.

"I think I've had like five sets of twins in the last two years, and we've been divorced four times, and one of us had a $100 million divorce," Lambert jokes in the interview.

There's also been speculation that the 30-year-old dropped weight because of all of the affair rumors surrounding the "Doin' What She Likes" crooner.

"It just feels like you can't do anything for yourself anymore," she says of her transformation.

"Have you ever thought I might just be turning 30 and trying to get a little ahead of the game? Isn't that just a normal thing to do?," she adds.

We think Lambert looks amazing and should be proud of her slim down. There's nothing wrong with getting healthy!

The blonde beauty also opens up about her softer sound. While the "Gunpowder and Lead" singer is known for her take charge songs, she's giving fans a taste of her softer side these days.

"With success, I've been able to sort of calm that down and go, 'OK, I don't have to be guns a-blazin' all the time. People are listening, so I can open up my softer side and show people who the whole Miranda is," she reveals.

What do you think about Miranda's candid comments? Sound off below and click "Launch Gallery" above to see even more stars who've shed serious weight!